Outdated story and acting, with the star of the romantic comedy, Norma Talmadge, the wife of producer Joseph M. Schenck, applying risible over-the-top hysterical antics in her performance as a street savvy waif trying to get into showbiz as a chorus gal and when landing that job aiming higher as a star. Clarence Brown (“Anna Karenina”/”National Velvet”/”Intruder in the Dust”) effortlessly directs the first movie version of the hit Broadway play produced by David Belasco that was based on the 1920 novel by Andre Picard, while Hal C. Kern has a go at the screenplay.Kiki was remade unsuccessfully in 1931 as a musical, with Mary Pickford cast in the titular role.

Aspiring impoverished Parisian dancer, Kiki (Norma Talmadge), is a gamine living by her wits and selling newspapers on the street. Kiki lands a chorine gig for the suave theater manager Victor Renal (Ronald Colman) and becomes smitten with him, but gets fired after ruining the show on opening night. This leads to a spat with Renal’s Ice Queen squeeze, the revue’s star, Paulette (Gertrude Astor). But Renal goes soft-eyes for Kiki and shows her sympathy. The girls are soon competing for Renal and the lead part in the play, as Paulette conspires with the play’s backer, Baron Rapp (Marc MacDermott), to keep Kiki away from Renal. After a hair-pulling cat fight between Paulette and Kiki, the aspiring actress feigns catalepsy. When Kiki awakens, the smitten Renal kisses her and makes a marriage proposal. 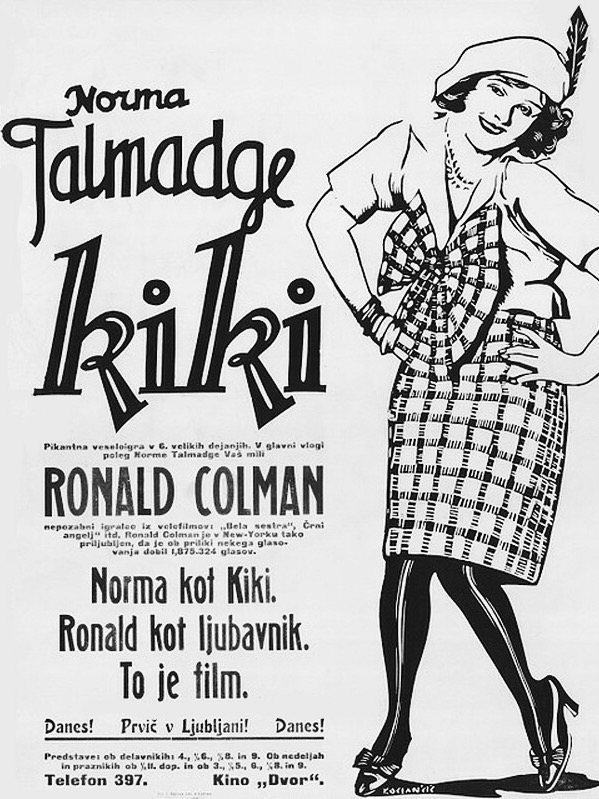