“It’s interesting to note that Poekel sold Christmas trees for five years to get the money to finance the film.”

The debut feature film by writer-director Charles Poekel, a cinematographer, is this well-made shoestring budget low-key (shot on 16-millimeter film) character study. It’s a downbeat mood piece but is heartfelt and realistic. The romantic drama tells a plotless narrative about a lonely male Christmas tree seller in Brooklyn, who misses not having a girlfriend share his experiences.

The protagonist is named Noel (Kentucker Audle), if ever there was a Christmas name, who for the last five years comes during the holiday season from upstate New York to peddle for a month Christmas trees on a street corner in Greenpoint, Brooklyn. Last year he came down state with a girlfriend. This year no such luck.

After watching the quiet young man react politely to his customers, who pepper him with questions about fir trees, we get the impression that the young man is not fully into the holiday spirit but is a good guy just looking for some bread.

Noel lives in a trailer. One night when a drunk young lady named Lydia (Hannah Gross) is passed out on a nearby bench, he takes the stranger into his trailer. After sleeping in warmth through the night, she splits without a word in the morning. But she later returns to give him a homemade pie. This is a film where making a small connection with another is enough of a story, as there’s no big things about to happen in a film that just seems to be delighted it was made and could be shared with a few others.

It’s interesting to note that Poekel sold Christmas trees for five years to get the money to finance the film. 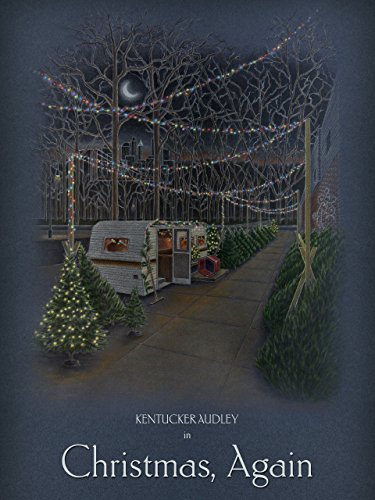