“A loving tribute to a true craftsman.”

A loving tribute to a true craftsman, and an easy-going way of showing the country the quality of life a cultured big city like NY can offer its residents.

Ron Mann (“Grass”/”Altman”) directs a solid but quirky documentary on a funky, small Greenwich Village guitar shop that’s been around since 1990.

It follows around for five working days its grey-haired great custom guitar-maker Rick Kelly and his 25-year-old art student turned apprentice Cindy Hulej. Uniquely, the guitar material used is wood taken from historic NYC buildings (like the city’s oldest tavern McSorley’s). The shop’s patrons include rock icons like Bob Dylan, Jim Jarmusch, Lou Reed, Patti Smith, and others. It works deliciously well as a small, intimate film, that lets you hangout as an eavesdropper for a week with some of the key artisans and artists of the rock scene.

That’s enough of a love of craft Len Blum script for me to get a buzz from. The film is dedicated to Jonathan Demme, who would have certainly found the film to his liking. 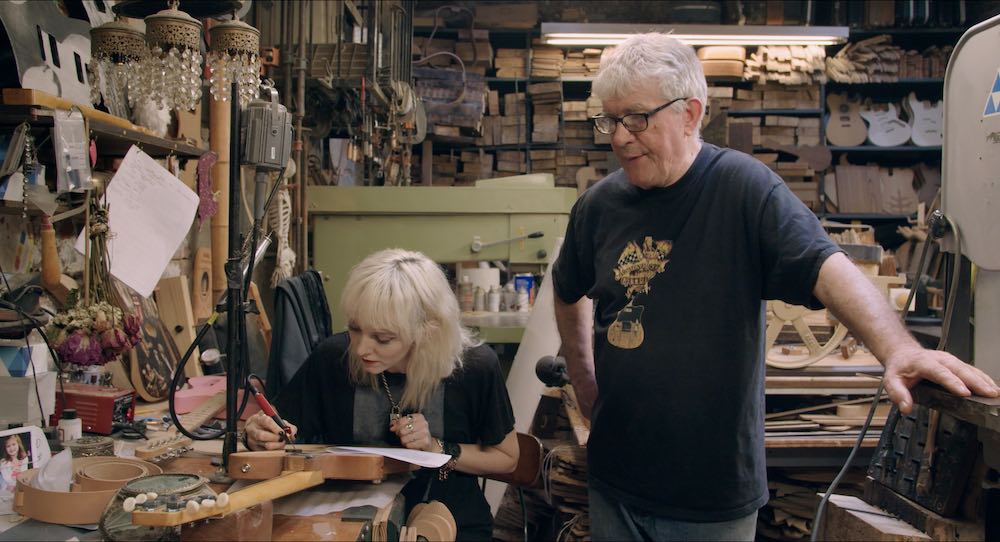