“A grim grindhouse black comedy thriller that is a disturbing look at Russia before Perestroika.”

The title is derived from the code name that refers to the bodies of Soviet soldiers secretly flown back from the Afghanistan frontlines during the war in 1984. Russian filmmaker Alexei Balabanov (“Brother”/”Of Freaks and Men”) helms a grim grindhouse black comedy thriller that is a disturbing look at Russia before Perestroika, and claims to be based on real events.

Leningrad Professor of Scientific Atheism, Artem (Leonid Gromov), visits his mom and his army colonel brother (Yuri Stepanov) in the depressing industrial town of Leninisk. Driving home at night his car breaks down and he walks over to an isolated shack for help. The menacing proprietor Alexei (Alexei Serebryakov) and his long-suffering wife Tonya (Natalya Akimova) are moonshiners selling illegal grain alcohol. Alexi forces the spineless professor to talk about communism and atheism while he belittles him as he states his belief in God. When a Vietnamese refuge, Sunka (Mikhail Skryabin), who works for the moonshiner, fixes the traveler’s car, the drunken Artem leaves and returns to stay in the colonel’s apartment.

When Artem leaves the shack, a dissolute selfish boozing self-enterprising heartless youth, Valeria (Leonid Bicevin), shows up with a girl he just met at a disco, Angelika (Agniya Kuznetsova). Her father is the local communist party secretary in Leninsk and she’s the girlfriend of the colonel’s daughter, who is dating Valeria.A drunken Valeria passes out and Tonya hides her in a shed to protect her from her drunken husband’s advances. But the creepy Zhurov, a psychopath lurking around in the wooded area near the shack, arrives and kills Sunkaand then on a whim kidnapsAngelika, bringing her to the apartment he shares with his mentally challenged drunken mom (Valentina Andryukova) and tells mom that’s his wife. It turns out Zhurov is the corrupt sadist local police captain and is impotent, who gets off bringing a prisoner to rape his pleading for mercy while handcuffed to the bed captive while the perv watches the repeated rapes and mom boozes and watches TV. Later the body of a hero paratrooper killed in Afghanistan is brought home for burial and placed in the hands of Zhurov, who when he learns that he’s the fiance of Angelika tosses his body on her bed and reads his love letters he just obtained from her worried father.

It’s a dark film, one of the darkest I ever encountered, that points out that Russia’s war in Afghanistan is a blundering mistake and how perverse the human condition is in a decadent Russia that’s too broken to fix, where all its institutions and moral standards are corrupted and life is hopeless because there’s nothing to believe in that’s good. 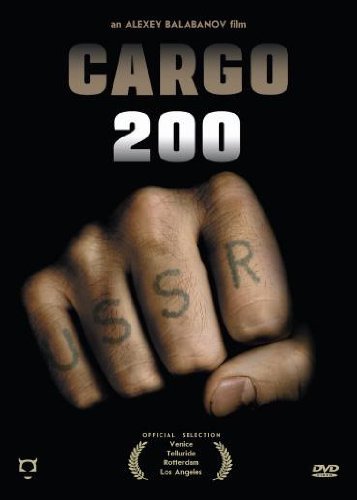 37 USES FOR A DEAD SHEEP