The film was called Katherine’s Lullaby when it played early-on at festivals, but has since changed its name to Captive.

The Cyprus-born filmmaker, now living in L.A., Savvas Christou, after a number of shorts, is the writer-director in his debut feature film. It’s an intense low-budget indie psychological thriller, one that borders on being too melodramatic even if entertaining in spots. It’s a film I think that works best if you don’t know what’s coming next and roll with the twists, so I’ll try not to drop any spoilers.

It’s a horror film whose subject matter is realistically horrifying, as it explores madness and parenting and shows us how terrifying it can be to a mixed-up innocent victim to be held captive by a madman and how uncomfortable a scenario it can be for the viewer. I was impressed by how adept the filmmaker was in making this controversial premise watchable.

Runaway teenager Lily (Tori Kostic) is in the woods with her boyfriend (Jarius Carey) after running away from her abusive father. She gets upset with her pestering boyfriend and he ends up with her cell phone when they split in the woods. She then comes across a delusional man, living alone in a house in the woods. His name is Evan (William Kircher), and mistakes her for his runaway daughter Katherine (Meghan Hanako) and locks her in his house so she can’t escape. A chilling relationship develops, as she tries to escape but when she can’t an odd relationship develops between the needy souls.

Though well-made and acted by Kostic and Kircher, it’s not the kind of film that makes much sense or rocks my boat. But the talent is there for Mr. Christou to move on and, perhaps, make a more believable and less bleak film for his next venture. 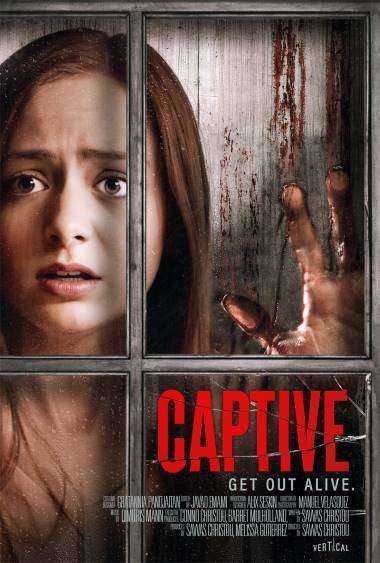