“Offers a snapshot of life in such a teeming and complex city.”

The stark B & W documentary, directed, written and narrated by Louis Malle, shows many aspects of life in the bustling population of Calcutta’s 8 million plus. It was filmed in 1968 just after the leftist government was overthrown in 1967 and martial law was declared. The political unrest is manifested in the many street demonstrations led by the United Front, the leftist party given the boot. There are crowd scenes depicting the faces of those living there from different regions–ranging from the self-satisfied wealthy to the anguished destitute. Mother Theresa runs a shelter taking in the sickest of the sick. The streets are filled with men playfully wrestling, washing elephants, sacred cows roaming freely, hermits wandering in the crowds, masses of people living and eating their meals on the street, and beggars plying their trade. Religious ceremonies are shown taking place in the Ganges, and a death by cremation is fully recorded. In contrast to the dirty streets, there are many magnificent temples offering hope. Reincarnation is touched upon as the Hindu belief their souls will be reborn again. Close to half the population lives in sub-human conditions, as starvation is a real problem. Of the slum dwellers, sixty percent are Muslim.

Calcutta offers a snapshot of life in such a teeming and complex city. It allows you to have a glimpse at the enormous problems associated with the city and its inability to efficiently adjust to the modern world. Labor is so cheap, that machines are often not used because manpower is cheaper. Many in the population rely on charity to survive. Malle shows it’s a colorful city with a rich history and contrasting lifestyles, and it faces the future with the possibility that its population will triple in the near future. 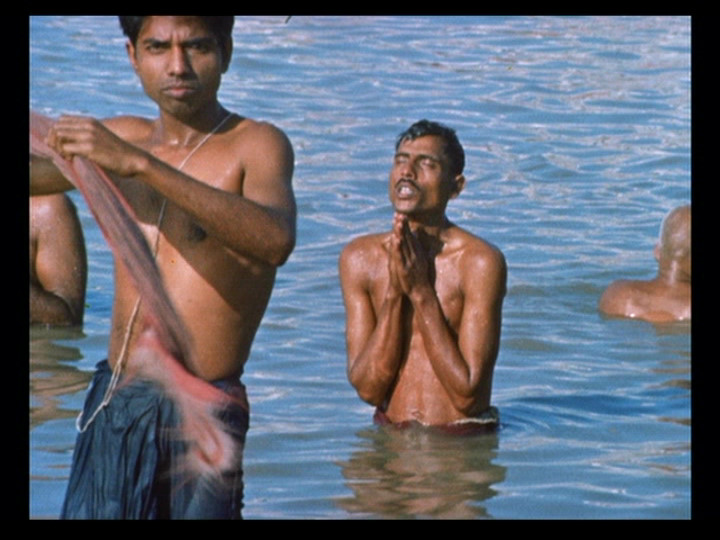