Veteran English TV director Declan Lowney(“Wild About Harry”/”We Know Where You Live“/”Backstreet Boys – Live in Concert“) directs this zany spoof on haughty BBC radio personalities. Steve Coogan plays the smarmy Alan Partridge, who is a DJ in provincial Norwich, at the station called North Norfolk Digital. Coogan’s character was created for him over 20 years ago by Armando Iannucci, whereby he plays a callow fictional BBC sports reporter.

The plot involves the radio station taken over by new management, a giant media conglomerate, and they plan to cut costs and to rename the station Shape. Since it’s either the obnoxious foul-mouthed Alan’s job or that of his sincere DJ colleague Pat Farrell (Colm Meaney) that will be cut, Alan does what’s in his best interest. When Pat is sacked, he retaliates by taking members of the personnel department hostage. Ironically Partridge becomes the station’s neutral negotiator.

A volley of both good and lousy gags are fired off, as things end as slapstick in a drawn-out police chase across Norfolk.

The sometimes funny screenplay is authored by Iannucci, along with Neil and Rob Gibbons. But it’s Coogan’s brassy performance that makes this English comedy rock as escapist entertainment. It’s an acquired taste, for those viewers who get turned on by such unpleasant scathing humor. 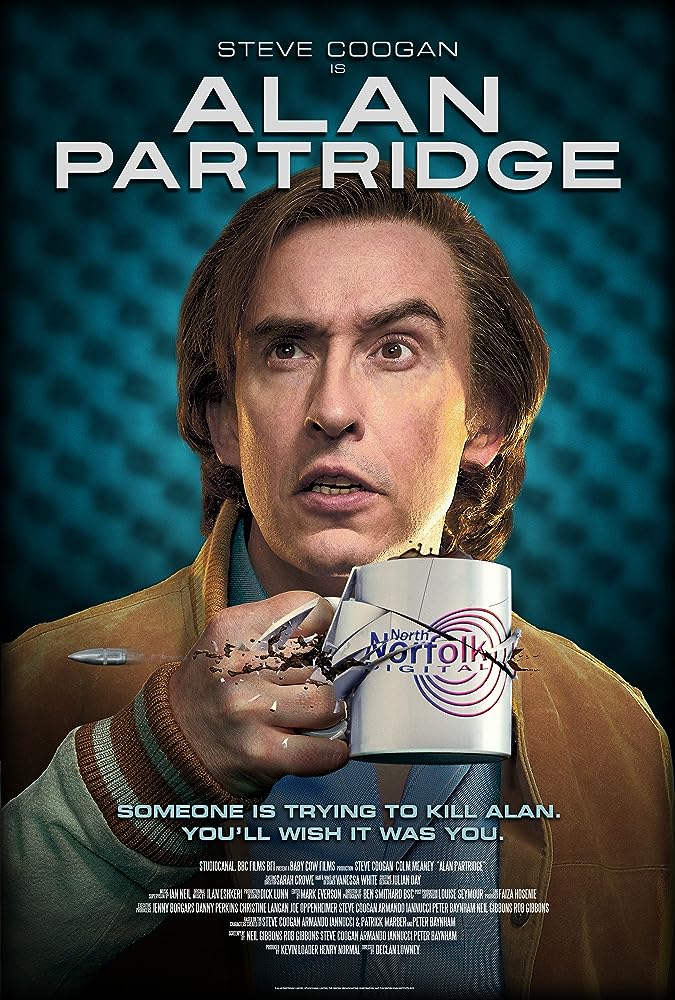