David Ross Lederman (“McKenna of the Mounted”/”The Range Feud”/”The Riding Tornado”) helms this routine B Western from the early days of talkies. Randall Faye adapts it from his own story. It’s a watchable Western programmer, with good action scenes.

Cuthbert Chauncey Dale (Buck Jones) and his sidekick “Swede” (John Oscar) are riding to the ranch Chauncy just inherited when they witness a stagecoach hold-up, but the lone gunman escapes stealing only a watch but leaving the loot behind. Chauncey and “Swede” are accused of the crime and get arrested, but escape. Starrett (Wallace MacDonald) was the actual hold-up man, and he befriends Chauncey and gets hired to work on the rundown ranch. The neighboring fancy big spread Preston ranch is run by the young headstrong Lou Preston (Ethel Kenyon). She gets into a tussle with Chauncey over land rights and gets kicked off his spread. Her jealous foreman Joe Moore (Al Smith), who has romantic designs on Lou, mistakes the feud for a lover’s spat. Chauncey mortgages the ranch to buy cattle, but the crooked Moore arranges for him to buy stolen cattle from the Preston ranch from his henchman Bill Saunders (Robert Kortman). Lou mistakes her new neighbor for being a rustler and gives him 24 hours to leave. Moore is not satisfied with that and instigates a lynching party for Chauncey and Olaf. Lou gets the sheriff, and Starrett fights with Chauncey. In the end, everything gets straightened out as a witness to the stagecoach robbery points out the real robber and Lou embraces Chauncey. 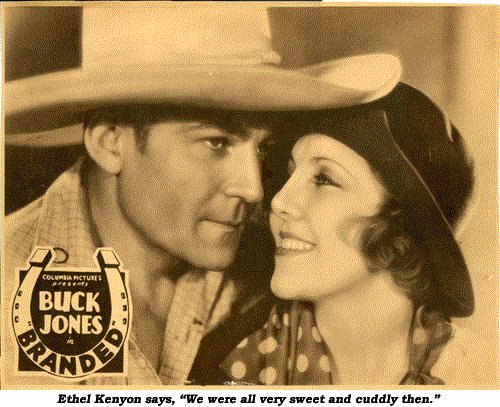