Director Brian De Palma (“Snake Eyes”/”Femme Fatale”/”The Black Dahlia“)shamelessly rips-off Hitchcock’s Vertigo and Rear Window and turns the Master’s suspense themes into a voyeuristic semi-porn film, one where sleaze dominates the thin plot and absurd story line. It’s co-written byDePalma and Robert Avrech, and is based on a story written by the director.

The gullible loser nice guy Jake Scully (Craig Wasson) is a struggling actor in LA who has just been canned by indie director Rubin (Dennis Franz) from playing a vampire because he’s claustrophobic and has a panic attack while shooting a scene. Then the troubled actor is further distraught when at home finding his girlfriend in bed with another man. Jake moves out of her apartment and while looking for a flat he’s befriended by fellow struggling actor Sam Bushard (Gregg Henry), who offers him temporary residence in the luxury condo of a rich friend, that comes with a rotating bed and enough plants to stock a botanical garden, that Sam is house-sitting at but will conveniently be gone for a few weeks to make a film out-of-town. Sam alerts his eager house-sitting replacement that at midnight his sexy neighbor Gloria Rovelle (Deborah Shelton) dances in her panties and he can watch her through the binoculars, as she leaves the blinds open in her bedroom picture window. Our hero becomes protective and obsessed with Gloria and follows her when she goes to a mall during the afternoon. 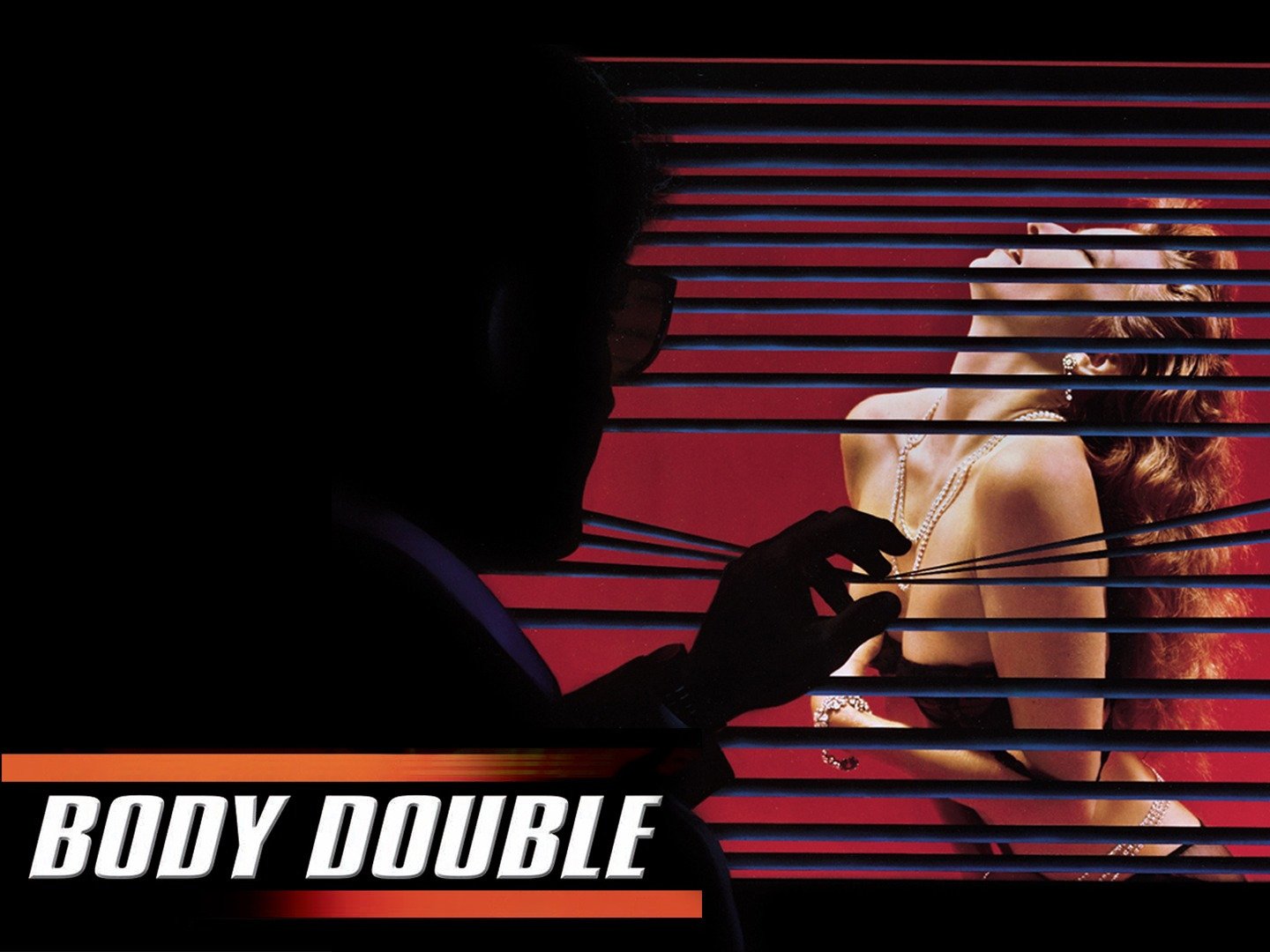