“The melodramatics never get better than intriguing.“

The low-budget exploitation psychological thriller is written and directed by Jeff Lieberman(“Just Before Dawn”/”Remote Control”/”Squirm”) in a far better way than I expected from such a sleazy story line. Its intriguing but far-fetched premise, meant to put a scare into 1960s hippie acid-heads, could have worked if it was a well-executed film. The paranoid shocker also features a political/cultural subtext that never gets fully developed.

The troubled but bright, nerdy Cornell grad social conscious layabout, Jerry Zipkin (Zalman King), is in LA partying with old friends, when the twenty-something 1968 Stanford University grad, Frannie Scott (Richard Crystal), who complained of losing his hair and has fits of depression suddenly goes bonkers after losing all his hair and brutally kills three of his friends. Jerry throws him in front of truck before he can kill again and runs away. The police suspect he’s the psycho killer, but his girlfriend Alicia (Deborah Winters) can’t believe that and refuses to cooperate with the investigating homicide detective Lt. Clay (Charles Siebert). While on the run and wounded in the arm from the pursuing trucker’s gunshot, Jerry visits Stanford grad Dr. Blume (Robert Walden) for treatment and discovers from questioning doc that ten years ago an LSD brand called Blue Sunshine was sold on the Stanford campus by student drug dealer Ed Flemming (Mark Goddard), who is now in the middle of a campaign to be a congressman in LA.We learn that the bad acid ten years later causes aftereffects on the chromosomes which results in hair loss. When all the hair falls out, the vic gets super-human strength and goes into a rage, which leads to a killing rampage. We witness this delayed reaction again with Flemming’s ex-wife Wendy (Ann Cooper), a former Stanford student, as she tries killing her neighbor’s children she’s babysitting and with Stanford football player Wayne Mulligan (Ray Young), an acid-head back then who bought the Blue Sunshine from Flemming and is now his campaign manager.

The melodramatics never get better than intriguing because star King is not a charismatic actor and the reactionary story never registers as anything but implausible. 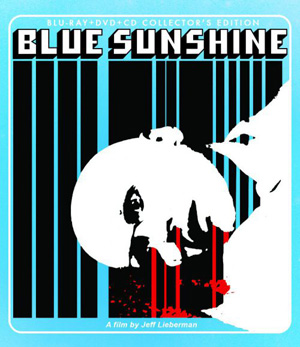 ASSASSINATION OF RICHARD NIXON, THE

MURDER IN THE PRIVATE CAR