“The final film by the great Brit director Tony Richardson.“

The final film by the great Brit director Tony Richardson (“A Taste of Honey”/”Tom Jones”), who died of AIDS soon after the release, is both a sobering domestic melodrama about saving a marriage on the rocks and the not too believable take down of the Atomic testing program that’s delivered with liberal views on the program thirty years after the facts. However it still politically delivers a dark message worth noting any time.

It’s based on the story by Rama Laurie Stagner, loosely telling of her childhood memories of being an Army brat. She is co-writer with Arlene Sarner and Jerry Leichtling. It’s set in the early 1960s on a remote Alabama military base. The studio shelved the movie for four years before releasing it. The Army transfers the stable US Army nuclear engineer Hank Marshall (Tommy Lee Jones) from an ideal Hawaiian base to an inferior isolated weapons testing facility in Alabama in the late 1950s when the colonel objects to his unstable sexy wife Carly (Jessica Lange) flaunting her body on the Hawaiian base. In Alabama, at the shabby base, the manic-depressive Carly begins an affair with the married, reptilian base commander, Vince Johnson (Powers Boothe), which upsets hubby and their two daughters (Amy Locane & Anna Klemp). Soon the pic takes a political turn. There’s a military coverup over nuclear testing results at the top secret Operation Blue Sky test project in Nevada, where Hank was sent. He lands in the psych ward when he threatens to tell what he knows is wrong there, as Carly is tricked into signing the papers. When the family realizes how they’ve been had they fight not only to get the patriarch out of the hospital, but to alert the media to the dangers of nuclear testing.

Despite a few missteps (like the rushed climax) and the script being implausible, this is still a good film. The performances of Lange as a wannabe Marilyn Monroe bored housewife and Jones as a patriot who can handle difficult situations, is top notch. 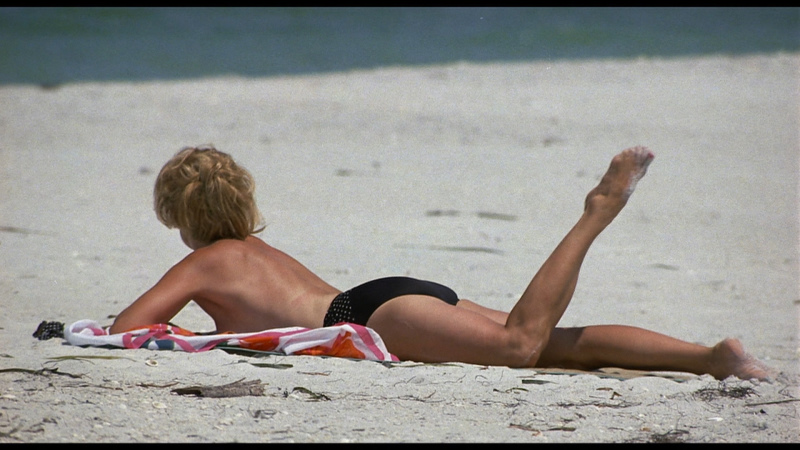