“Moroles’s bouncy performance enables her to steal the show, while Segan’s Yiddish speaking undead characterization is funny even when he tries to be serious.”

The directing debut of Noah Segan results in a mean and lean Jewish vampire film. Segar writes, produces and plays the starring role of Francis, a flighty loner vampire, in this low-budget indie vampire family comedy. It pays homage to Kathryn Bigelow’s cult vampire classic Near Dark by trying to imitate it.

The sweetie-pie undead monster killer, Francis (Noah Segan), has lived for over 100 years after being a European Holocaust survivor who sneaked into America after the war and now passes as a 35-year-old who speaks Yiddish when excited, never appears in daylight and dresses in a biker leather jacket. The drifter is in Texas working a night temp job as a mechanic, when he gets an unannounced visitor in his motel room, the 16-year-old Jane (Victoria Moroles), a half-vampire, who claims to be his daughter. She has tracked him down through the internet. Once in his room, she begs dad to teach her how to be a vampire. Francis agrees when for her first kill she beats to death the dutiful motel clerk (, Doug Benson), who tries throwing her off the premise for being underage.

The loner doesn’t want to be saddled with someone else, but plans to do so only until they reach the home of Jane’s aunt, who resides a few states away in Nebraska. Jane’s mother recently died and told her dad is a vampire driving around the country in a 1950s’ Chrysler. Mom’s death left Jane under the care of her aunt.

But dad can’t resist his charming and now killer daughter, who takes in the daylight by splattering suntan lotion all over herself.

It turns into a road trip flick, as the dynamic duo venture together to a dull farming town, a hospital, and to California, where dad turns serious as a single parent and enrolls her in high school.

The filmmaker tries to keep everything as low key and as realistic as possible, which works out fine.

Moroles’s bouncy performance enables her to steal the show, while Segan’s Yiddish speaking undead characterization is funny even when he tries to be serious.

It played at the Fantastic Fest. 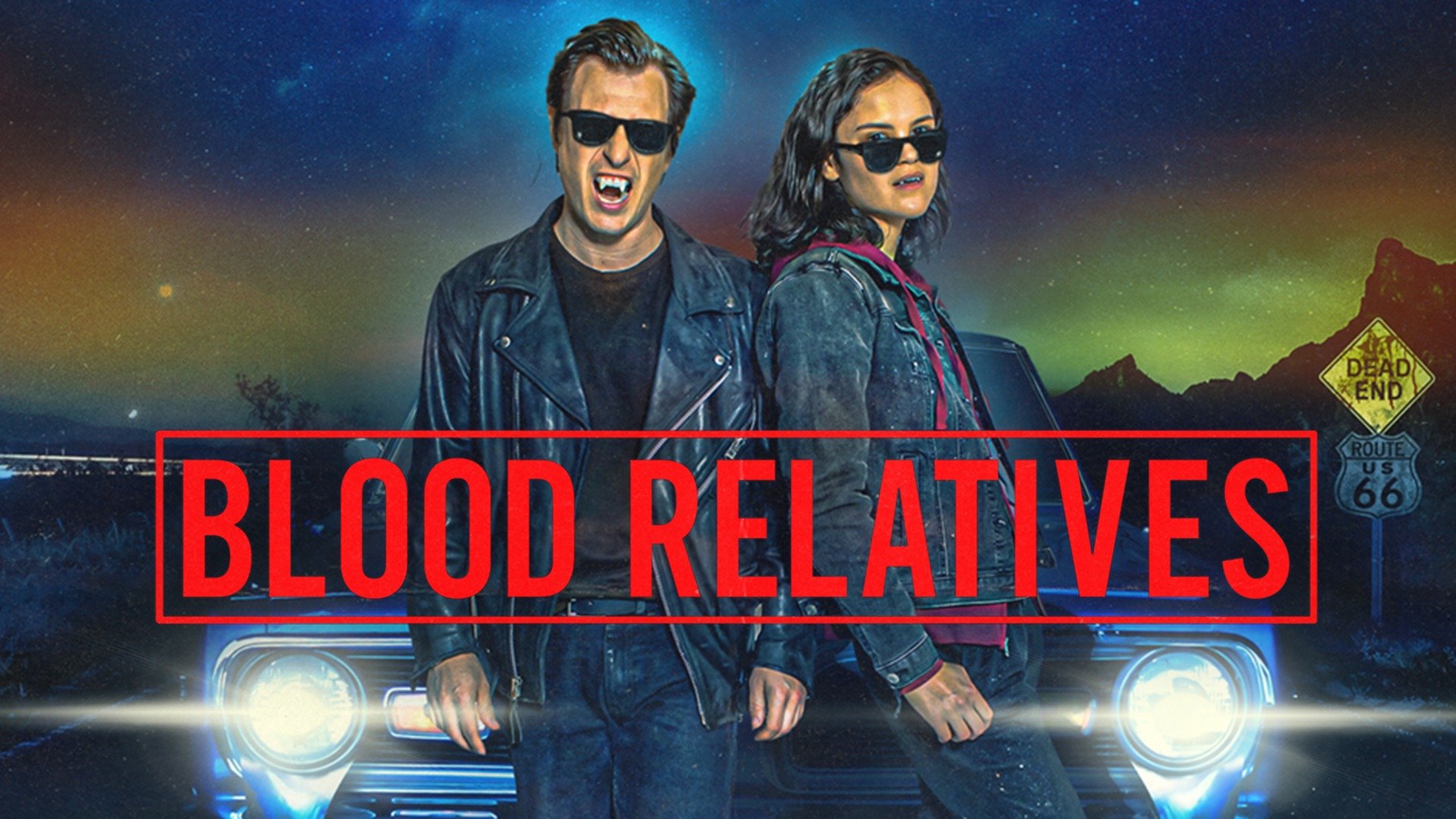