“The biopic covers the life of the 17th-century French religious philosopher/mathematician/physicist Blaise Pascal.”

Noted Italian neorealistic director Roberto Rossellini (“Open City”/”Europa ’51/”The Flowers of St. Francis”) made somehistorical films for Italian television in the late 1960s to early 1970s and this is one of the better ones (others included the figures of Socrates and Augustine of Hippo). The biopic covers the life of the 17th-century French religious philosopher/mathematician/physicist Blaise Pascal (Pierre Arditi), from age 17 to his death in 1662 at 39. It gives the viewer an excellent idea of the battleground in ideas the 17th-century had over the struggle between reason and faith.

It’s basically a one man-act, as Pierre Arditi inhabits his role as the child prodigy (at 16 he wrote a significant treatise on the subject of projective geometry) who made a splash on the world stage as the humanist philosopher and brilliantly conveys the illuminating empricist thought and development of, according to Rossellini, “a very boring man who never made love in his life.” The agnostic Pascal is faced with an ignorant society which believes in witchcraft and refuses to comprehend his discovery of the controversial theory of the vacuum (asserting the existence of infinity). Pascal’s prophetic musings also include his plans to create a calculating machine and a “rapid transit” system (involving horse-drawn buses). Pascal spent his short lifetime painfully prodding Europe towards Enlightenment. It’s the eternal battle of faith versus empiricism, something Rossellini brings to the table in every exciting scene. On his deathbed, after being in poor health for most of his life, Pascal utters his belief in both God and clear thought. 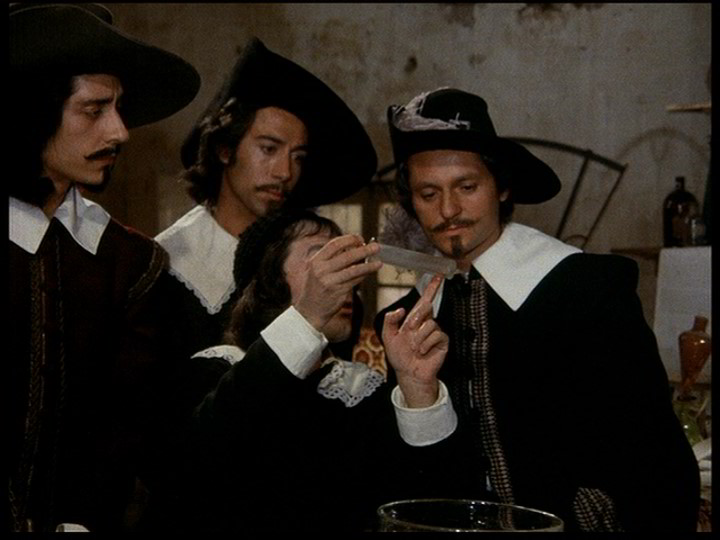