“A gruesome murder leads it down a procedural police investigation path and takes the starch out of it.”

A routine whodunnit that has ambitions because of its top notch cast and sophisticated Broadway setting to be a classy thriller. Director Nunnally Johnson (“Oh, Men! Oh, Women!”/”The Three Faces of Eve”/”The Man in the Gray Flannel Suit”) bases his screenplay on the novel Fatal Woman by Patrick Quentin. After a fast start that gives us an enticing fly-on-the-wall view of the Broadway theater scene, a gruesome murder leads it down a procedural police investigation path and takes the starch out of it.

Noted Broadway producer Peter Denver (Van Heflin) attends alone the party of his famous upstairs neighbor, the bitchy actress Carlotta ‘Lottie’ Marin (Ginger Rogers), who is starring in one of his hit productions. While Peter’s actress wife, Iris (Gene Tierney), is visiting her ailing out-of-town mother, he innocently meets at the party an aspiring 20-year-old writer, Nancy ‘Nanny’ Ordway (Peggy Ann Garner). She is from Savannah and is working as a waitress, and in a calculating way hides her overreaching nature and worms her way into using the generous Peter’s pad during the daytime to write because the place inspires her to be creative. A problem arises when after two weeks of giving the newcomer this unbelievable break, Nanny’s corpse is found by Peter and Iris hanging by a rope in their apartment. The lead investigator, Lt. Bruce (George Raft), determines it was murder and not a suicide as first thought. It’s also later learned that the vic was pregnant. Peter becomes the prime suspect, and not satisfied with the police’s handling of the case begins his own investigation.

It’s a flimsy story that is apathetically written, poorly paced and overacted with shrill performances by both Ginger Rogers and Peggy Ann Garner. The B-film crime drama might have been better served as a cheapie production, with some of its filler scenes lopped off. Reginald Gardiner is satisfactory as Roger’s nobody hubby, who likes being married to such a big star because it opens doors to him that would never be opened otherwise; Otto Kruger has a small part as the actor who is Garner’s uncle; and, Skip Homeier, who always looks guilty even when he’s not, plays Garner’s new boyfriend. 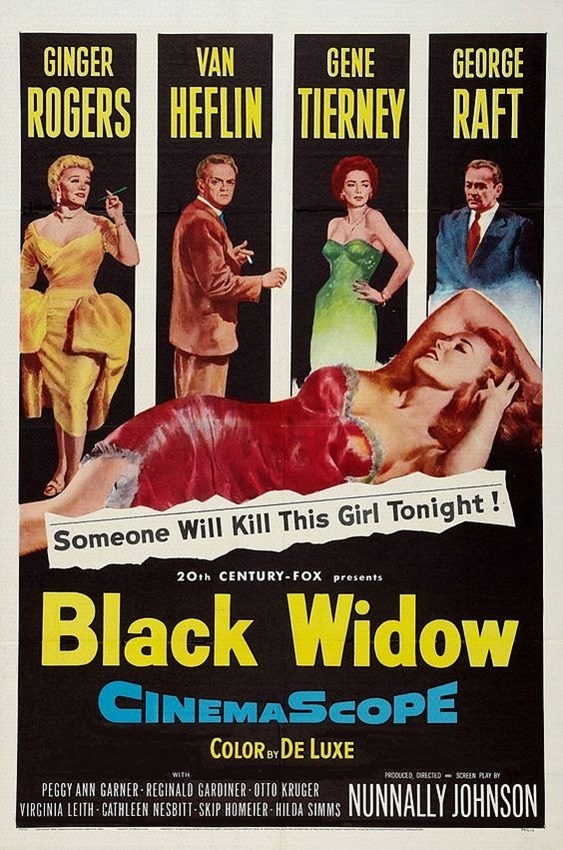