“It serves up a healthy serving of culture.”

It has the accurate tagline of ‘the Elegance of “The Red Shoes’ and ‘the Charm of “Gigi.’ It serves up a healthy serving of culture. The modern ballet piece exhibits four sterling dramatic choreographies, all arranged by Roland Petit: Carmen (1949), La croqueuse de diamants (1950), Deuil en 24 heures (1953), and Cyrano de Bergerac (1959). It’s oddly enough helmed by the James Bond director Terence Young (“Wait Until Dark”/”Dr. No”/”Red Sun”). The British filmmaker Young does a magnificent job making it cinematic, coming up with stunning sets, utilizing an appealing blend of pastel Technicolor shades and capturing the joyous spirit of the ballet through well-conceived close-ups.

Maurice Chevalier gives a hearty but sentimental narration introducing the four pieces. In the “The Diamond Cruncher” Ziza Jeanmaire plays a lady mobster who gives up her life of crime for the love of an honorable man. The central and most fustian piece has the choreographer Roland Petit play the Cyrano part in Rostand’s old warhorse of a work, “Cyrano de Bergerac,” while the great Moira Shearer plays Roxanne. The piece is set in the Paris of 1640 and has the long-nosed wit, philosopher and poet fight his enemies and for love. Cyd Charisse gracefully handles the starring role in “A Merry Mourning” by being in a tizzy over her deadly romantic triangle. The final piece has Jeanmaire star again in “Carmen,” the Bizet opera is here danced to rather than sung. 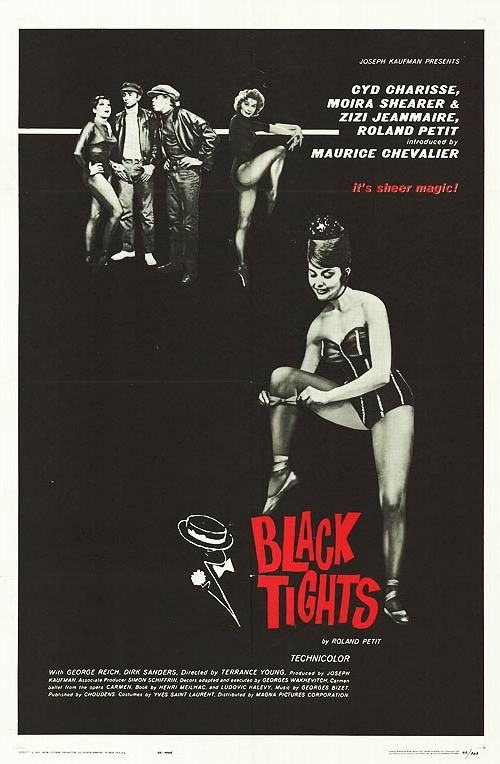