A preachy standard-issue gung-ho WW2 patriotic drama, with its psyche embedded in a different time frame. The high-budget war film tells of the adventures of a small transport boat, Belinda, in the Pacific. Joseph Peveney (“The Street With No Name”/”Body and Soul”/”Nocturne”) gets good action sequences out of this routine war drama. It’s written by Ted Sherdeman, and is based on the novel by Kenneth M. Dodson.

The tough-minded Captain Hawks (Jeff Chandler) and his inexperienced crew patrol on the Pacific, in 1943, in the Belinda, a US Navy attack transport boat. They see plenty of combat action. That includes battles on the sea and with kamikaze pilot attacks. Hawks keeps his undisciplined sailors edgy by allowing them to express hatred against his rigid command. The Captain, in the end, makes the men into fighters and completes his mission, as he earns their respect for all that he accomplishes by shooting for excellence at all costs. 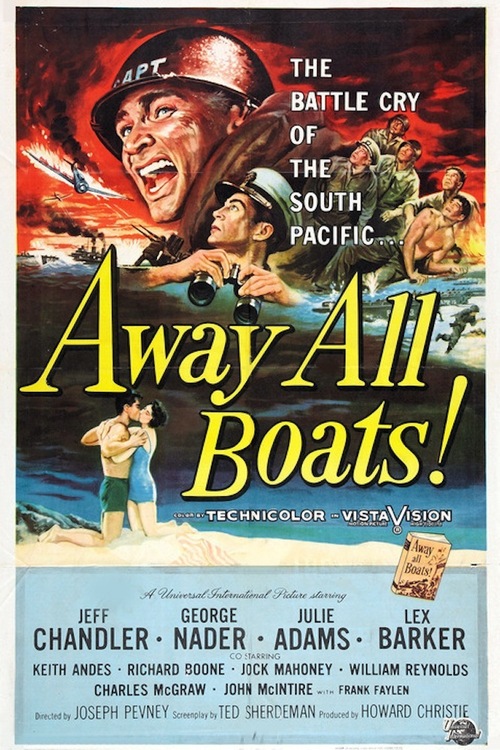