THE LOVES OF PHARAOH (aka: THE WIFE OF PHARAOH) (DAS WEIB DES PHARO)

This silent Hollywood style epic is the last film legendary director Ernst Lubitsch(“Trouble in Paradise”/”Design for Living”/”The Merry Widow”) made in Germany before coming to America. With this pic, taking ten months to complete, Lubitsch proved to the Hollywood suits he can make a Hollywood blockbuster. It’s an ornate costume piece, with a cast in the thousands for the mob scenes. The only difference between this German made big scale venture and a Hollywood one, is that this is a much more sophisticated epic and features the renown Lubitsch Touch: elegance, wit and great dialog. It also differs because it surprises with an unhappy ending, something frowned upon by Hollywood’s suits. The screenplay is attributed to Norbert Falk and Hanns Krly. At the time it was the most lavish production in Germany. Though the pic was lost for many years, it was restored in 2005 by a German company. Unfortunately the original was lost and parts were never recovered. The film was reconstructed by reassembling prints found in different parts of the world and where there were gaps, stills were used.

The powerful and wealthy despotic Egyptian Pharaoh Amenes (Emil Jannings) agrees to marry the rival barbarian King of Ethopia, Samlak’s (Paul Wegener) daughter Makeda (Lyda Salmonova), to cement the bond between the two countries. But before they wed, the Egyptian construction worker on the treasury, Ramphis (Harry Liedtke), frees the beautiful Greek slave Theonis (Dagny Servaes) from her servitude to the princess Makeda and brings her home. The outraged Samlak demands her return, but after vowing to return her Amenes falls in love with her and refuses. Theonis agrees to marry Amenes only if he pardons Ramphis from a death sentence, which he reduces to a life sentence of hard labor.

In the meantime The Ethiopians attack the Egyptian kingdom and Ramphis escapes, and Theonis gets blamed by the Egyptian masses for the war and why so many warriors lost their lives. When Theonis refuses to swear she will have no other man if Amenes dies, she’s locked in the treasury chamber with Ramphis’s father Sothis (Albert Bassermann). He is blinded so he can’t find the secret entrance to escape he knows about because of his construction work.

After defeating the Ethiopians because of the heroics and leadership of Ramphis and the presumed death of Amenes, the upstart is made the new pharaoh. In a confusing last turn, the love-stricken Amenes turns up suddenly alive and the priest (Friedrich Khne), evoking that god talks through him, declares that according to divine law Theonis is still married to Amenes and thereby voids her marriage to Ramphis. The tragic ending that ensues with this change of events comes as a shocker.

Dagny Servaes got the starring role when the great actress Pola Negri wasn’t available, and some critics think that role would have been considerably stronger if acted by Negri. 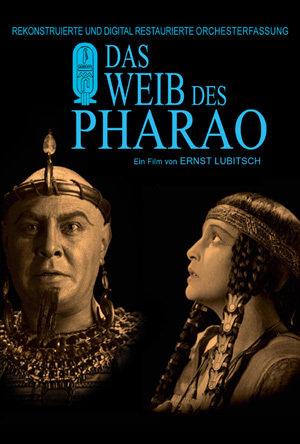