BIBLE AND GUN CLUB, THE

“Now this is an indie cult film, if ever there was one.”

Now this is an indie cult film, if ever there was one. Its stars are five overweight guys who in real life four of them are salesmen, but in the film they play fictional Bible and gun salesmen from Anaheim, California, working for “The American Bible and Gun Club.” They go door-to-door pursuing the American Dream. They all have deep personal problems and are corrupted and compromised by their work. They are disillusioned with life to the point that they flip out. They sell both Bibles and guns, two contrasting products that fit very well into the mainstream of American society, which makes for a most interesting commentary on the American landscape. It is directed and written by the South African, Daniel J. Harris. He has caught a slice of the American scene that is frighteningly perceptive. This B/W, gritty film is so well paced and flies by so quickly, but not before you feel you have known these men all your life in the short time span you meet them and you don’t want the film to end before you find out just what happens to them as things begin to turn sour.

The men are heading for their parent company’s annual Las Vegas sales convention, where they meet the big bosses and share info on selling their product. They also find out that because of slow sales their branch is being transferred to Las Vegas permanently and to show the bosses that they still have what it takes, the five men make a concerted effort to make the most of the time they are in Las Vegas by selling a lot of guns and Bibles. They are competing against all the other franchises, especially the arrogant Texas one that likes to rub it in that they are number one. Their sales territory is north of the city, in a trailer park where the poor live. But as their tough-hearted boss, Bill (Al Schuermann), says, “They are good American people who are too proud to admit that they’re poor,” as he licks his hands in anticipation of some good sales.

The theme of the film is really geared for the 1960s in psychology, in the music played and in the dress and style of the salesmen. They must wear black suits and ties, and conform in all aspects of their appearance to their company’s strict dress code. But we are in the more casual ’90s and that only adds weight to the idea that these men are really dead already, but they just don’t know it.

Bill seems to have a special fondness for the elderly Sidney (Robert Blumenthal) who has worked for him the last fifteen years, giving up his position as a rabbi so he can provide his family with more money than he was earning before. He tells himself that selling Bibles is not that much different from what he was doing before, and he seems to be the perfect unflappable salesman. He keeps all his doubts and feelings to himself, especially, as the token Jew in the firm, he has to listen to all the ignorant bias chatter about Jews without reacting in a negative manner. Stan (Andy Kallok) is a middle-aged man who is being kept awake at night by flashbacks, where he is recalling everything about his miserable life and is deeply concerned that the tumor he just discovered in the back of his neck is possibly a deadly cancerous one. Phil (Don Yanan) has just joined the firm as a weapon’s expert, after 20 years on the LAPD force, where he speaks despiteously about the people of L.A. and manifests symptoms of being mentally unbalanced and is filled with undue hatred. His philosophy of life goes something like this, “You screw your wife in the morning, you work all day and you come home at night to watch TV; anything else that happens to you is only icing on the cake.” Mike (Julian Ott) is the unsuccessful and lazy son-in-law of Bill who couldn’t make it on the pro golf circuit and is now bullied by Bill unmercifully, as he tries to teach him the ropes of being a salesman. He even has to teach him to lose in golf to the big boss of the firm.

It is both grim and uncannily funny to watch these five men lose touch with reality and have their dream world completely shattered: they get caught up in their sexual and violent perversions in Las Vegas; their failure to succeed and the morbidity of their personal lives becomes too much for them to handle; and, death strikes some of their team and the others react as if it is just like another day at the office. These very repulsive reactionary types are so-well caught on camera, as they go from reading the script to ad-libbing without missing a beat; in fact, the unrehearsed scenes have a special flair about them that is macabre.

One of the really powerful scenes, is the opening one when they are selling the Collectors’ Edition Bible Set and a Defender 500 pump-action shotgun in a trailer; it is almost unnerving that they keep a straight face when they say to the poor whites they are selling this to: “The American family deserves to be well-armed and well-read.” The director seems to imply, isn’t that what America is about, anyway.

What these despairing and cynical Bible salesmen are going through can be heard best in the disconcerting conversation between Stanley and Sidney, as Stanley realizes his world is crumbling before him and he says “Tell the Lord not to send His Son, tell the Lord to come Himself. They’re gonna need Him.” All the impassioned Sidney can tell him is, that he is retiring in a few months.

In real life, Andy Kallok is a magazine salesman, Don Yanan is a vacuum cleaner salesman, Al Schuermann is an insurance salesman, and Robert Blumenthal is a tacky furniture salesman. The director e-mailed me to mention that Julian Ott works on occasion as a PA for an adult film production company. They sold me on this film. These “stars” certainly bring a level of authenticity to the film that is uniquely satisfying. This is a not to be missed film, if you can ever locate it on cable (IFC seems to carry it). 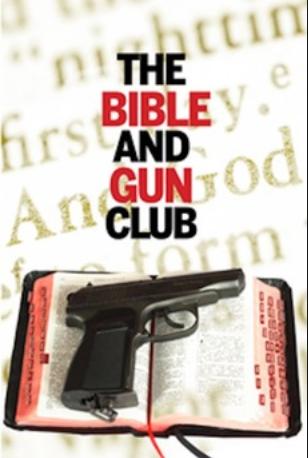