Bette Davis is the miscast star of her last film for Warner Brothers (escaping the studio contract that had ten more years to run), which turns out to be a lesser version of Madame Bovary. Bette’s too old and not attractive enough for the part in this bombastic melodrama that portends to be about evil but is mostly about her obnoxious behavior that leads to her murdering someone who knows something that can spoil her future. Her dyed black hair made her look even more grotesque. Not only critics hated the movie, but Miss Davis also detested it. King Vidor (“Duel in the Sun”/”Fountainhead”/”Ruby Gentry”) directs as if trying to paint the darkest picture possible of smalltown America. The film’s only redeeming value is in its almost camp presentation, which might find some in the audience entertained by the overblown acting on Bette’s part (she caricatures herself) and the intense but laughable soap opera story.

Rosa Moline (Bette Davis) is the lifelong resident of Loyalton, Wisconsin, which she descries in the film’s most famous quote as: “What a dump … like sitting in a coffin and waiting to be carried out!” The lady resents every moment of living in dullsville. She is the bored and dissatisfied wife of a struggling nice guy ‘horse and buggy’ doctor Lewis Moline (Joseph Cotten), who is having an affair with Neil Latimer (David Brian)–a self-made millionaire Chicago industrialist vacationing at his hunting cabin near Rosa’s home.

Depressed when Latimer returns to Chicago, she forces broke hubby to collect payments from the patients who failed to pay their bills and uses the few hundred dollars collected to see the bachelor Latimer in Chicago. Latimer is frosty to her in the Windy City, telling her that he is about to ask a society woman he just met to marry him. The dejected Rosa returns to Lewis and learns she’s three months pregnant. Lewis takes her back hoping that the baby will bring them back together again.

At a square dance given by Moose (Minor Watson), who is caretaker for Latimer’s cabin, Latimer is also present. Latimer tells Rosa the engagement is off and he wants her to come to Chicago with him. But Moose learns of this and threatens to tell Latimer about her condition if she dumps her hubby. At a hunting party the next day, Rosa shoots Moose. At the inquest she claims it was an accident and is cleared of any crime. Rosa spends the last part of the film trying to abort her child, while Lewis tells her she can do anything she wants after she gives birth. Rosa eventually succeeds in losing the baby but becomes terribly ill. Not waiting for her hubby to return with her medicines, she stumbles out of the house trying to go to Chicago but dies in the street before reaching the station. 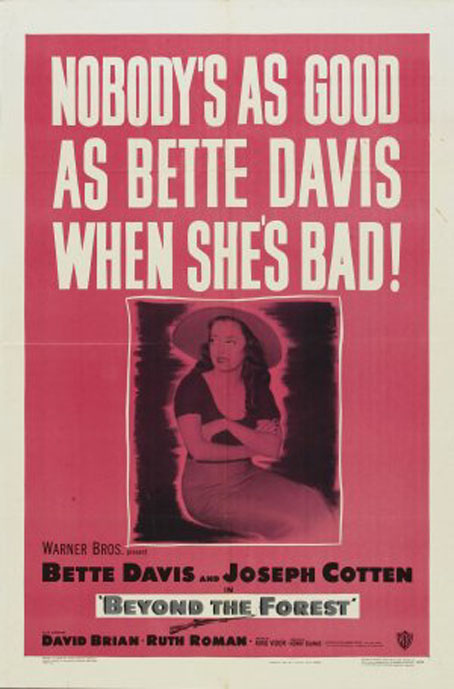