“The film noir is absorbing despite stilted dialogue and flat direction.”

Warning: spoilers throughout the review.

Billy Wilder’s lesser known elder brother William Lee Wilder (“The Glass Alibi”/”The Vicious Circle”) directs this striking film noir about a successful man becoming paranoiac and placing himself in entrapment. In one amazing characteristic noir scene, the protagonist is seated on the floor of his unlit, locked room eating crackers and canned food, afraid of being poisoned. This is one of the first movies to score for theramin, an effectively chilling mood music which later became a cliché for many 1950s sci-fi films about aliens. John Alton’s dark film noir photography sets the proper mood for the melodrama. The film noir is absorbing despite stilted dialogue and flat direction.

Kenneth Holden (Albert Dekker) is a distinguished looking middle-aged bachelor, a Manhattan investment broker embezzling from the estate of his twentysomething wealthy, Greenwich, Connecticut, trustee Claire Worthington (Catherine Craig). When he owes stock broker Charles Lennox (Selmer Jackson) for failing stocks, Kenneth pays the broker by stealing funds from Claire’s account. To cover up his crime, Kenneth asks the high-class society woman to marry him. But the popular Claire rejects Kenneth by saying she has someone else, who she refuses to name, and that she thinks of him only as a kindly uncle who was her late father’s friend.

Voices in Kenneth’s head tell him to arrange to have the unknown fiancé killed. After paying the shady West Side Cafe owner Victor Korrin (Alan Carney) $20,000 to bump off the fiancé, Kenneth learns she suddenly breaks off her engagement to the busy Dr. Koster and asks him to marry her immediately. After they elope it leaves Kenneth with a problem, as his picture appears in the newspaper. He left word with Victor that the unknown hit man’s only means of identifying the potential vic is his picture in the society columns, so in a state of agitation Kenneth contacts Victor to call it off. Victor agrees, but he’s bumped off before he can tell the assassin the hit is off. Since Kenneth is going under the name of Mr. Foster, Victor’s successor, Fingers Murdock (Tom Kennedy) is unsuccessful in making contact with him. This causes Kenneth to become so fearful, that he locks himself in his room and worries Claire that he’s having a nervous breakdown. Kenneth rejects Claire’s help and is antagonistic to the servants. One evening, Kenneth spots a stranger at the house and takes a shot at him and then flees by car. He is chased by Claire, Dr. Koster and a bodyguard secretly hired to protect him. They catch up with him and try to tell him they only want to help, but when he sees the stranger also chasing him he takes off and dies in an accident. The stranger is Fingers, who has come to return the money and tell him the job is off. 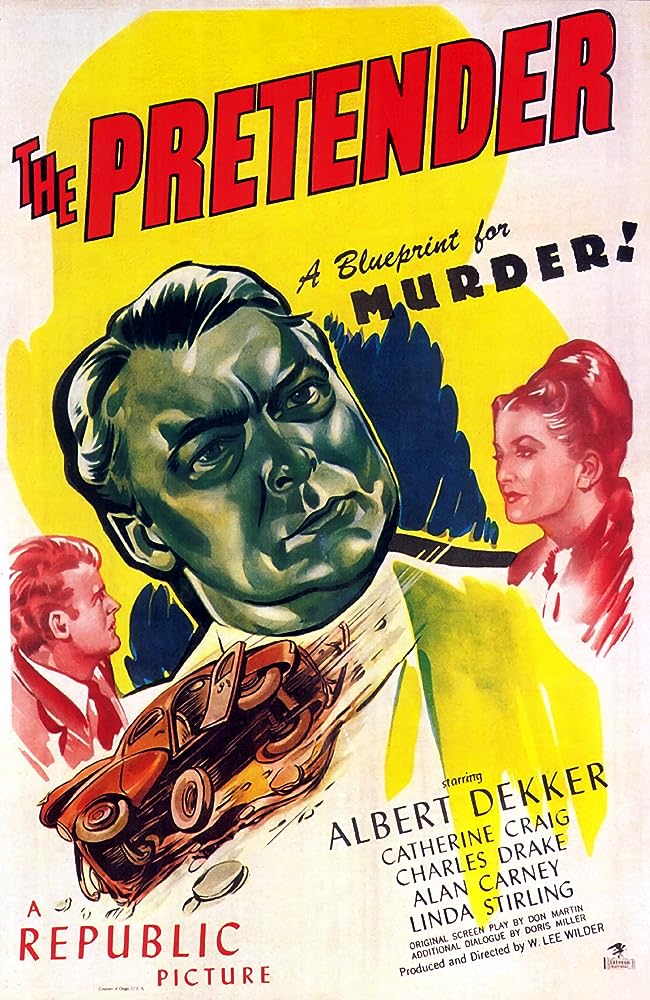