Joan Micklin Silver (“Hester Street”) helms an oddball 1970s sitcom comedy/drama about a Boston underground newspaper, Mainline, about to be purchased by a publisher mogul. It’s loosely modeled on the Boston Phoenix, also a small alternative paper functioning during the 1970s. It was shot on location in Cambridge and Boston. It now, some 27 years after its theater release, seems like a cynical nostalgia piece looking back with a sharply observant eye at the counter-culture from within. It chronicles the trials and tribulations of the Back Bay paper’s staff, including their relationships, opposition to commercialism as a corrupting force, and their personal writing ambitions. Fred Barron pens the screenplay from a story by David Helpern.

Harry (John Heard) was a founding member of the paper when it started in 1970. The ace investigative reporter has now become disillusioned in 1977, doubting that his column means anything any more and if anything can get through to an indifferent public. Harry has an on-again, off-again relationship with the paper’s attractive photographer, Abbie (Lindsay Crouse). Meanwhile the office is filled daily with rumors that the paper is on the selling block, and that publisher tycoon Roy Walsh plans to add it to all the other papers he gobbled up–with the daunting prospects of compromising the spirited underground format and ending the idealism the paper stood for.

Other staff include Michael (Stephen Collins), a reporter more interested in his own ambitions to write a novel and move to New York than the welfare of the paper. Laura (Gwen Welles) is Michael’s girlfriend, who is more interested in the paper surviving than is her boyfriend. Max (Jeff Goldblum), the rock critic, is also a founding member and is always broke, cracking jokes, and trying to score chicks. Frank (Jon Korkes) is the earnest editor, trying to keep the idealistic spirit going despite the changing times. David (Bruno Kirby, Jr.) is the naive young would-be reporter trying to get his first story. Lynn (Jill Eikenberry) is the secretary/typist, who tries to keep the others unified and resigns when Walsh buys the paper and on the first day fires Harry.

Silver does an effective job examining the counter-culture characters and telling their story. It’s a surprisingly enjoyable film and the then-unknown cast give great performances. 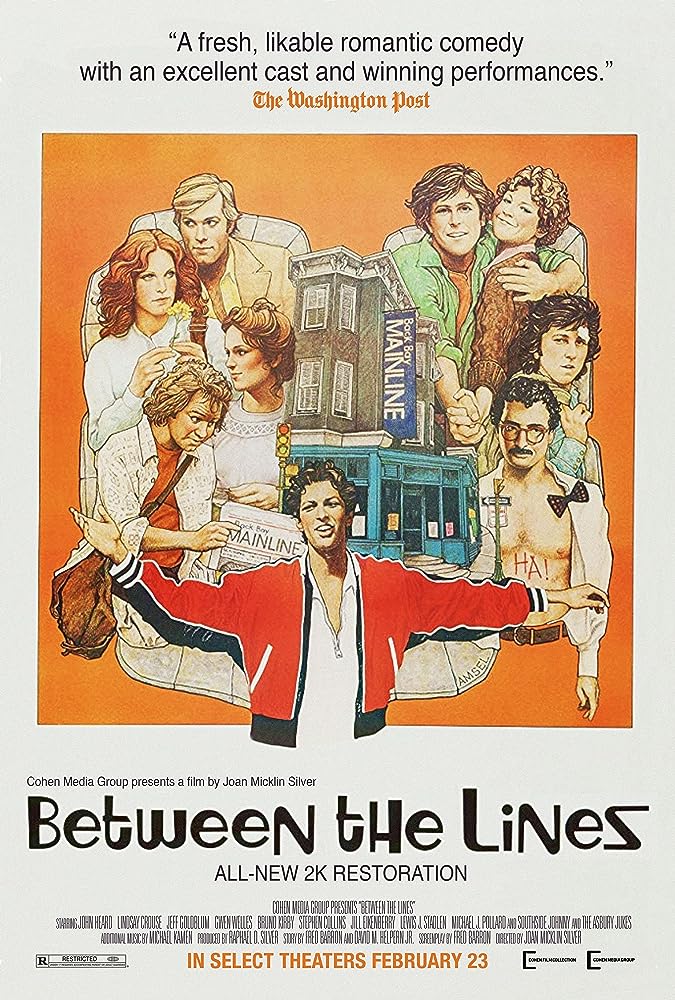