“I think it’s best suited for those who could handle American Psycho.”

Co-directors and co-writers Jim Cummings (“Thunder Road”/”The Wolf of Snow Hollow”) and the actor PJ McCabein, in his directing debut, aim low in this low-budget indie dark satire comedy on the toxic secretive pop culture scene, but score high marks for making such a revolting thriller get over as something maybe worth seeing. I think it’s best suited for those who could handle American Psycho.

The title refers to a sinister conspiracy affecting some of Hollywood’s best and brightest.

In the opening scene a married Hollywood agent is having dinner with his wife in his Hollywood home when his wife admits she received a purple envelope inviting her to an anonymous sexual encounter where she had great sex. When she further tells hubby she no longer loves him, he slits her throat with the kitchen knife.

In the next scene, the unlikable Hollywood agent Jordan (Jim Cummings), who will do anything, moral or immoral in business or his personal life, finds his crooked business ways affects his relationship with his fiancée Caroline (Virginia Newcomb).

They live in a tiny apartment they just moved into. After Jordan receives the purple invitation, he is having great sex with an anonymous partner. But later when thinking more about his ill deed he becomes fearful and a paranoia sets in.

At this time there’s a crime wave of unsolved passion murders in Tinseltown.

The joy in this vile film might be in watching a shit like Jordan find his life unraveling after his indiscretion, as both his professional and personal life is threatened with ruin.

Cummings (very good as a slimeball) plays a compulsive lying scumbag who is impossible to root for, who is not only a cheater and a liar but a workplace abuser of his staff.

We learn that the Beta Test is a collection of personal data used for blackmail by its ruthless collectors who invade the Internet and social media sites like Facebook and Twitter to make money off the foibles and weaknesses of others. 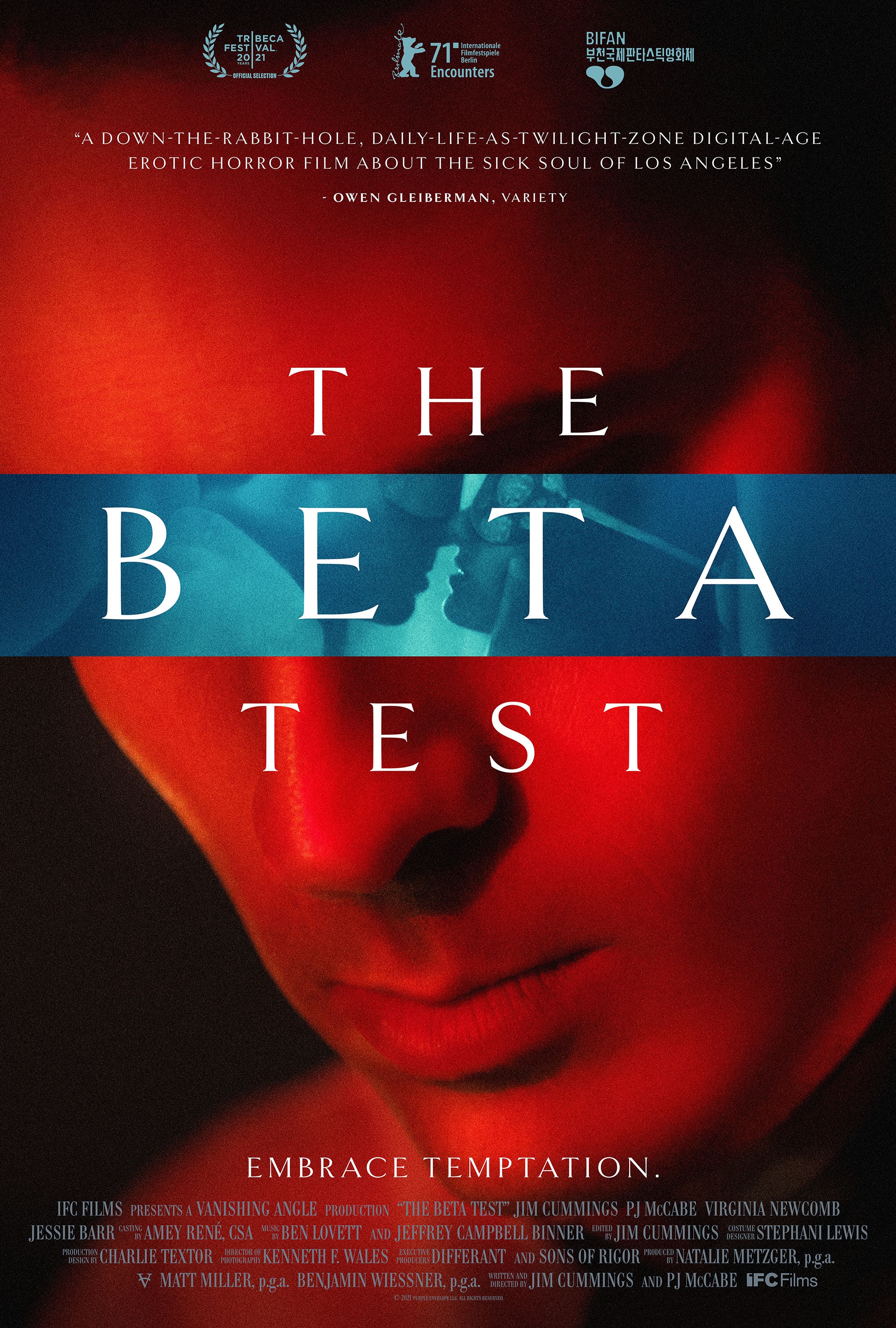