“Bergman was always an intelligent interview and proves that again.”

A condensation of a three-part Swedish television work entitled Bergman Complete. It was shot as three one-hour episodes, which skips the two separate episodes to Bergman’s movie and theater life and instead shows an edited 83-minute version of the 85-year-old Ingmar Bergman being interviewed in depth by the film’s director Marie Nyrerod–the cultural reporter for the TV network and a long-time friend. The compelling interview is conducted in the intimate setting on the acclaimed director’s beloved residence on the island of Fårö, a bleak island he has lived on for decades. Bergman died in 2007, still residing in solitude on the island he fell in love with and first visited in 1960 to shoot “Through a Glass Darkly.” The compelling doc has Bergman in a relaxed mood baring his soul about his theater accomplishments, his guilty secrets such as his failures as a husband and father, his religious beliefs, his movies, his fear of death, his love of solitude, intimate things about his private life and relations with his parents, and how he warmly considers his regular performers part of his family.

Bergman shows us his beautiful house with its wonderful fireplace and tells us of his love for ticking clocks, and the widower tells us how much he enjoys living on the desolate Baltic island of only 500 residents and no post office. We’re told he filmed several movies in Fårö, including “The Passion of Anna,” “Shame,” “Scenes From a Marriage,” “Persona,” and “Through a Glass Darkly.” Intermingled are clips from several of his movies including his breakthrough international hit “Smiles of a Summer Night” (1955), which was shown in Cannes and enabled him to get funding for “The Seventh Seal” (1956).

Bergman was always an intelligent interview and proves that again. 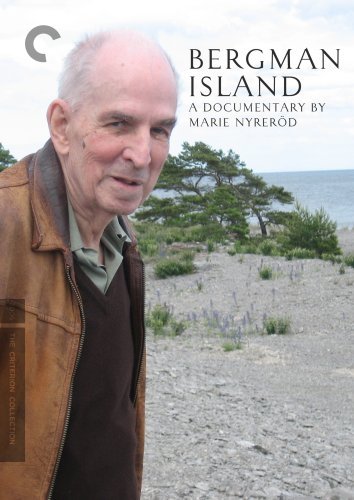