“The lively film’s main asset is an appearance by rocker Jerry Lee Lewis.”

The lively film’s main asset is an appearance by rocker Jerry Lee Lewis. Lance Comfort(“Tomorrow at Ten”/”Man in the Dark”/”Touch of death”) directs from a story by Lyn Fairhurst. It’s a sequel to the Brit pop musical Live It Up (1963). If the pop music of the sixties is your thing, then be my guest and see the harmless flick.

Newspaper office boy David Hemmings attempts to launch the “Brighton beat” from his new home at the seaside. Hemmings lives his folks (Ivor Salter & Diana King), who move to Brighton after inheriting a guest house. On his commute to Brighton, David meets an attractive American girl (Andrea Monet) who is an aspiring dancer. Davis arranges for her to live in his family’s guest house. The rock pals of David, from his former band, Phil (John Pike) and Ricky (Stephen Marriot, the drummer from Humble Pie, descend on Brighton and plan to launch the “Brighton Sound.” But the reunited rock group’s hopes are dashed when they learn the unscrupulous PR music man (David Healy) has rigged a contest they have entered to discover new groups.

It’s trifle, but has a good pace, the screenplay is snappy, the music is mostly from an unknown side of the 60s (Nightshades, Kenny and the Wranglers, and the Zephyrs) and the star characters are appealing. 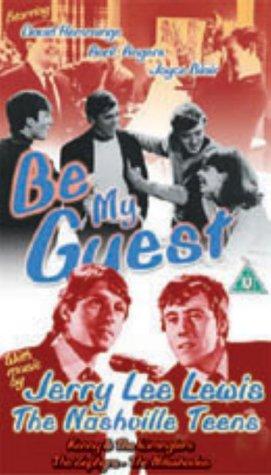