“The viewer is left grappling with the notion that ‘nothing is what it seems,’ which leaves the nevertheless haunting and provocative film as barren as the landscape depicted.”

The titled character in Belgium filmmaker Andre Delvaux’ (“Un Soir, Un Train”/”Appointment in Bray”/”The Abyss”) surreal thriller, written by him and Monique Rysselinck, might not even be real. She’s first seen in a dream by the beleaguered protagonist, the middle-class academic writer/archivist Mathieu Grégoire (Jean-Luc Bideau), who lives with his long-suffering wife Jeanne (Danièle Delorme) and teenage daughter Marie (Stéphane Excoffier) in the provincial city of Spa, Belgium. The respected professor names the mystery woman seen in a dream Belle (Adriana Bogdan), and from hereon his carefully controlled world starts to crack as he is overly troubled about the upcoming marriage of his daughter to her fiance John (John Dobrynine) and has an almost incestuous lust for her. Unsettled after wounding a dog with his Volvo on a back road, the professor takes a walk outside of town in the marshy wooded area known as the High Fens armed with a shotgun in search of the wounded dog and meets the woman he named Belle living in a rundown abandoned shack. The professor, while carrying on this secret affair, with a woman who speaks a language he doesn’t understand and who is visited by a young stranger (Valerio Popesco) in a fur coat. Mathieu from hereon leads a double-life as the family man serious lecturer at the poetry society on obscure writers such as the 16th century poet Louise Labe and visiting daily in the woods his enigmatic illegal Belle. Problem is there’s no way of telling what is a dream or reality. It might also just be imagined in the fertile mind of a writer and maybe later becomes real or just be the result of a middle-age meltdown. Though interesting themes such as male sexual paranoia and sexual obsessions are introduced, the pic goes nowhere with those ideas as it fails to have them translate into an edifying film except through use of symbols and in a painterly way with troubling portraits of nature that remind one of the paintings of the Belgium artist Paul Delvaux (no relation). The viewer is left grappling with the notion that ‘nothing is what it seems,’ which leaves the nevertheless haunting and provocative film as barren as the landscape depicted.

Belle was nominated at Cannes for 1973’s Palme d’Or. 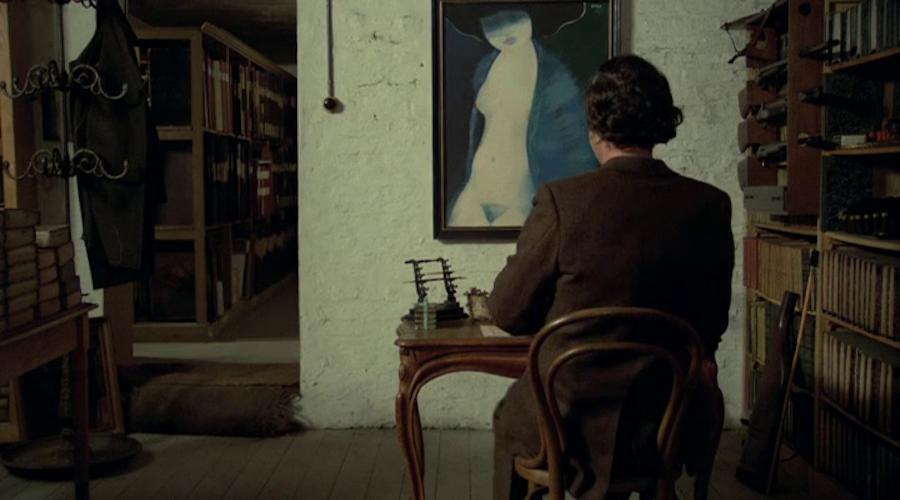 RETURN OF THE SECAUCUS 7