“A robust B crime drama.”

A robust B crime drama, that packs a lot into its one-hour time frame. Otto Brower(“Dixie Dugan”/”Youth Will Be Served”/”The Gay Caballero“) directs. The clever screenplay is by Charles G. Booth and W. Scott Darling.

One night a car parks in front of the 33rd precinct and inside is the dead body of a shady private detective, Walter Bard (Bernard Nedell), known as a blackmailer. Politics plays a part in the ensuing murder investigation since Janet Bradley (Carole Landis), the daughter of Luther Bradley, the reform candidate for mayor, was seen coming out of the victim’s apartment just before his death was discovered.Dr. G. F. Yager (Don Beddoe), the unethical police coroner, notifies Bradley’s political rival, newspaper publisher Max Calvert (Roy Roberts), about her apparent involvement in the case.

The honest investigating homicide cop, Lt. Sam Carson (William Gargan), believes Janet is innocent but is pressured by Calvert to arrest her. Calvert believes her arrest would give him an edge in the upcoming election, and he promises Sam he will get him a promotion. Sam refuses to make an arrest until he checks things out completely. Meanwhile the coroner informs Calvert, despite the gunshot wound, it was death by poison. Since this will probably clear Janet of the crime, Calvert orders the coroner to dispose of the body without an autopsy.

The inmate Zachary (Fred Sherman) escapes and hides the corpse in the precinct’s press-room coat closet, and takes its place in the morgue ambulance. When the rookie reporter Johnny (Richard Crane) finds the body, he immediately phones in his first scoop. Sam thereby examines the corpse, and he calls for another autopsy. This confirms that Bard died from poisoning. Sam has also been questioning Nora (Mary Anderson), Bard’s estranged wife, and her lawyer and fiancé, Arthur Templeton (Charles Russell). The honest cop finally gets to the bottom of things and makes a surprising arrest. 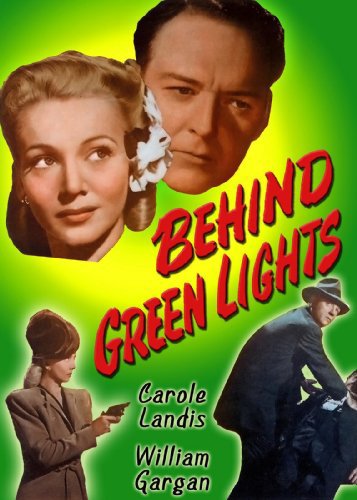