BEFORE I GO TO SLEEP

“An imponderable and grim psychological thriller.”

An imponderable and grim psychological thriller based on S.J. Watson’s best-selling 2011 novel, that’s written and directed without much heft or levity by Rowan Joffe(“Secret Life”/”Brighton Rock”). The best that can be said of it is the role play acting from the stars is fine and it doesn’t put you to sleep even if it also doesn’t quite keep you awake. The problem is it moves into the absurd, as its contrived twisty premise stretches things out into too far-fetched soap opera melodramatics to be memorable as an exploration on any of the various modern-day issues it touches upon such as marriage, aging, treatment for amnesia or dealing with memory loss.

The amnesia problem of the forty-year-old Berkshire housewife Christine Lucas (Nicole Kidman) goes back to 13 years ago, when she was involved in an incident that left her with a traumatic head injury. She has been told it was an accident. Now Christine wakes up every day not remembering anything, though during the day she can remember things. Her aloof high school chemistry teacher husband Ben (Colin Firth) must explain to her every morning what’s happening, who she is and who he is.

A psychologist, who has been working with her, named Dr. Nasch (Mark Strong), calls her regularly during the day and tells her every time who he is and where to locate the digital camera she has used for the last couple of weeks to make a secret video diary of her days–an unconventional treatment of jarring her memory to return that hubby isn’t aware of, nor has he given the shrink permission to use on his wife.

In the ensuing days we find out that Ben never told Christine that the cause of her amnesia was not an accident but a violent attack by an unidentified assailant. Christine is also made aware that a friend, Claire (Anne-Marie Duff), someone she was unaware of until Dr. Nasch showed her a photo. Though Ben tells her Claire now lives abroad, it’s learned the truth is that she lives near-by and would like to see Christine. As the days go on, more and more is learned about what happened that the vulnerable damsel-in-distress never knew. It also becomes apparent that Ben is not the doting hubby he pretends to be. The question is, should the fragile compromised woman trust either her hubby or her shrink.

A more imaginative director would have gotten more substance out of this trashy piece. The viewer is too manipulated to accept the preposterous and there are too many head-scratching revelations for it to be convincing as drama. The filmmaker settles for modest stylish entertainment over shooting for something someone like a Hitchcock would have taken to another level. 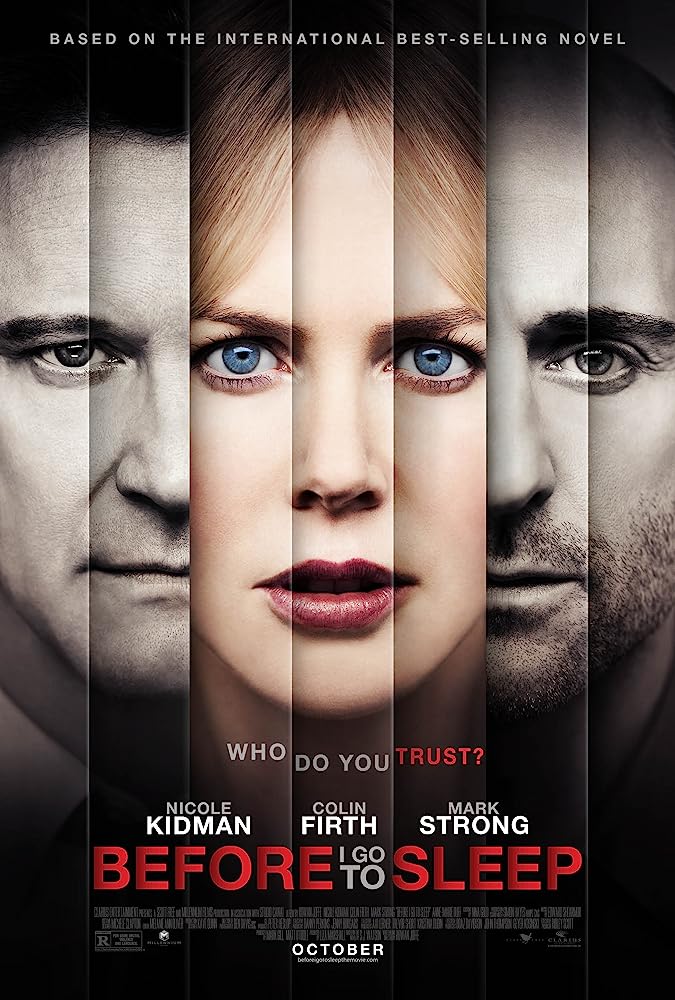