A melancholy metaphysical road film about an unhappy sixtysomething taking to the road to find out if life is still worth living. Marcello Mastroianni gives a superb performance as the retired schoolteacher and still active beekeeper, who is on a mission of self-discovery. It’s directed by Greece’s best known modern-day filmmaker Theo Angelopoulos (“Eternity and a Day”/”The Weeping Meadow”/”Landscape in the Mist”), who cowrites it withDimitrus Nollas.

Morose, inarticulate Spyros (Marcello Mastroianni) seems preoccupied with his thoughts, as he and his wife Anna (Jenny Roussea) hold a wedding reception for their daughter in their modest family home. After the ceremony Spyros goes on his annual spring field trip with his beehives to gather flowers around various sites in Greece. Anna retreats to Athens to stay with their college student son, as the long-time married couple separate. On the road, at a gas station stop, Spyros has a mixed-up but attractive teenage girl (Nadia Mourouzi)talk herself into getting a ride with him in his truck. The carefree girl brings life to a lifeless protagonist, as she’s seductive, apparently without family or destination, and attaches herself to him because she feels safe and in need of support. He provides cigarettes, food and a hotel room. She even has the audacity to bring her soldier pickup to screw her while he sleeps in the other bed.

The alienated Spyros becomes obsessed with the nameless girl, as they keep separating and reuniting while traveling through small dumpy towns and through some gorgeous mountain locations. That he can no longer make a connection anymore with his oldest friends, his family or with contemporary Greek society, leads to a tragic conclusion that’s charged with deep emotional pain. The uncomplaining protagonist never says much throughout, as his emptiness speaks volumes for the disillusioned man who is preparing to surrender himself in silence to everything he thought he once knew about life and in an act of desperation surrenders his life to his bees. 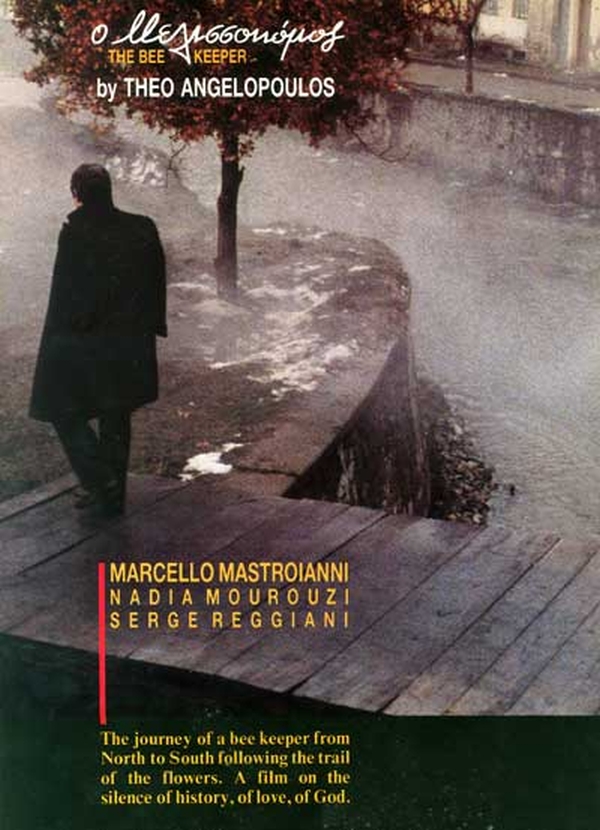