BED AND BOARD (Domicile Conjugal)

“It’s a minor Truffaut domestic romantic comedy, the least satisfactory of the series, although it’s not without the usual charm and amusing moments.”

This is the fourth installment of François Truffaut’s (“The 400 Blows”/”Antoine and Colette”/”Stolen Kisses”) Antoine Doinel (Jean-Pierre Léaud) series and is the penultimate one in this semi-autobiographical cycle. It has the now self-absorbed 26-year-old Antoine living in a comfortable boarding house with a courtyard and married to Christine (Claude Jade), the violin teacher who took him home from a bad dinner party in “Stolen Kisses” and he thereafter courted her. The scattered Antoine holds a variety of jobs (dyeing flowers as a florist’s assistant and operating model boats for an American film), pens a novel, sires a child and as a bad reaction to an ordinary humdrum life has an adulterous affair with the exotic but over polite Japanese girl Kyoko (Hiroko Berghauer). Christine learns of the affair and Antoine moves out. After some soul searching and tiring of his mistress, he later returns to Christine with a more mature outlook and is willing to acept the responsibilities of being an adult leaving us with a happy ending.

It’s a minor Truffaut domestic romantic comedy, the least satisfactory of the series, although it’s not without the usual charm and amusing moments. The screenplay is handled by Truffaut, Claude de Givray and Bernard Revon. 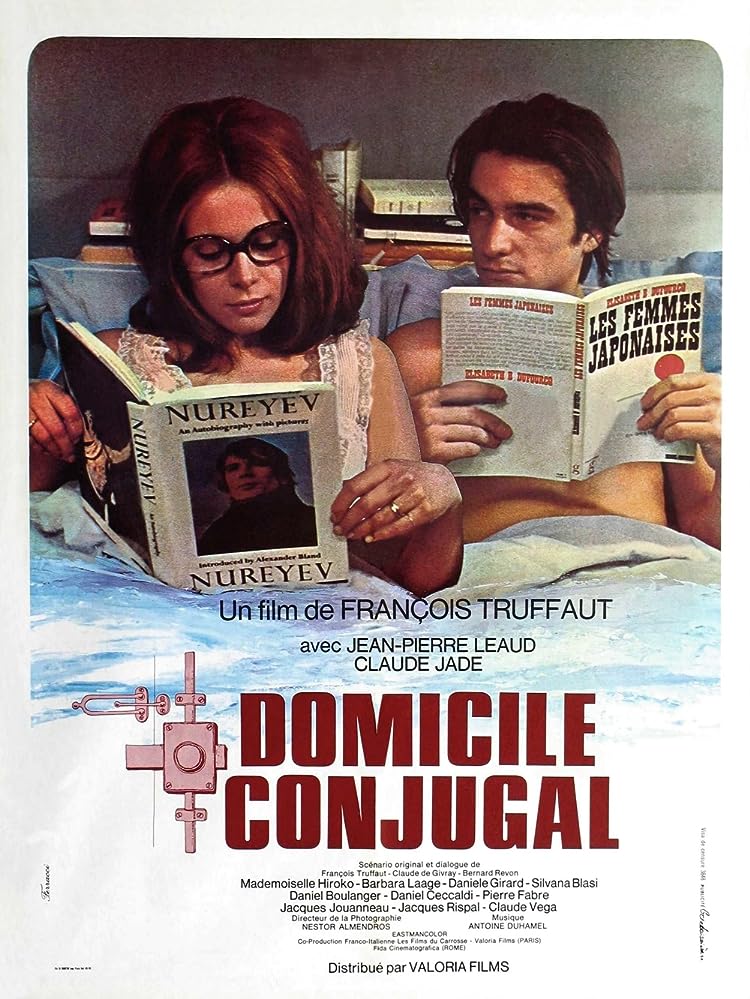