BEAUTY ACADEMY OF KABUL, THE

“A skin deep in beauty documentary with hairdressers as healers.”

A skin deep in beauty documentary with hairdressers as healers. Liz Mermin’s cultural exchange documentary tells of an eager-beaver team of hairdressers from Britain and America (some Afghan-American women who were in exile for over twenty years), who in the summer of 2003 were financed by the beauty industry to open a beauty academy in Kabul, Afghanistan. It’s main fault is that there’s not enough material for a feature movie, but seems perfecto for a magazine story a cable station like CNN would run as a half hour program.

The film picks up at a time when the poverty-stricken country breathes a little easier after the Americans removed the Taliban and the bombs stopped falling. This is after twenty years of war, including an occupation by the Soviets and then a liberation in 1992 by the Islamic Mujahadin and then in 1996 the repressive rule by the Taliban. Even in good times, the women are still suppressed by the men in this Islamic fundamentalist country. So the lucky Afghan women, many still in burkas and all with stories of cruelty to tell under the Taliban, are anxious to touch base in feminine solidarity with the foreigners and learn a marketable skill (hairdressers can make a decent living, many will earn more than their husbands).

Though the foreigners mean well (the Ugly Americans are looked upon as capable of providing international good will), they come off as insensitive to the Afghan situation and are too arrogant to really grasp the Afghan women’s daily plight and have a habit of preaching to them from a perch of superiority about getting healed. The beauty school is overwhelmed with applicants and use a lottery to take 20 students for the three month course; they put the rest on a waiting list. They teach the women to cut hair, give perms, do massages, meditate to keep from being depressed and wax jobs, and supply superior products such as scissors and blow driers. By the end of the course, the women learn much about the craft, health and life, and seem to sparkle with a new confidence. The film ends on an optimistic note, but when viewing the film a few years later I wonder how things are now perceived in the still ruined city of Kabul. 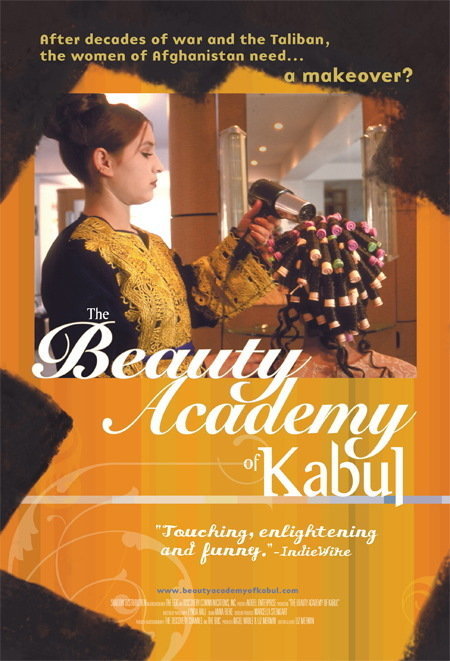