“A shamelessly self-promoting homage documentary to a like-minded group of rebel pop culture artists, who work together in a NYC collective but do independent work.”

A shamelessly self-promoting homage documentary to a like-minded group of rebel pop culture artists, who work together in a NYC collective but do independent work. Co-directors Aaron Rose (in the 1990’s he founded the Alleged Gallery)and Joshua Leonard (a Los Angeles based actor and filmmaker best known for his role in 1999’s The Blair Witch Project)have each artist connected with the storefront gallery, on Manhattan’s Lower East Side, explain his or her thing, how they became artists and tell how their gallery emerged from its underground roots while still divorced from the mainstream art scene. Perhaps one of the background soundtracks from Tom Waits explains them best in the song “I Don’t Want To Grow Up.” All the young street artists unite in their stand against conformity and pledge to do their own thing. The title is derived from after the gallery closed and Pepsi gave these loveable sell-outs dough to do commercials, and in 2004 the crew reunited in Cincinnati and called their reunion show ‘Beautiful Losers.’

The genial pic uses the hardly innovative ‘talking head’ format to introduce us via interviews to 11 or so former gallery residents who after the gallery shut its doors following a ten year run have gone on to find limited success as more than the punk rockers, hip-hoppers, comic book nerds, graffiti artists, sign painters and skateboarders they started out as.For instance, Mike Mills becomes a visual artist and Harmony Korine goes from his childhood playground days as a skate-boarder to be an indie filmmaker.

The most tear-jerking artist story was the one of Margaret Kilgallen, known as a cool freak. The chipper Kilgallen died before the pic was completed and is remembered for her courage shown when told if she gives birth she will die from cancer and still refuses an abortion. 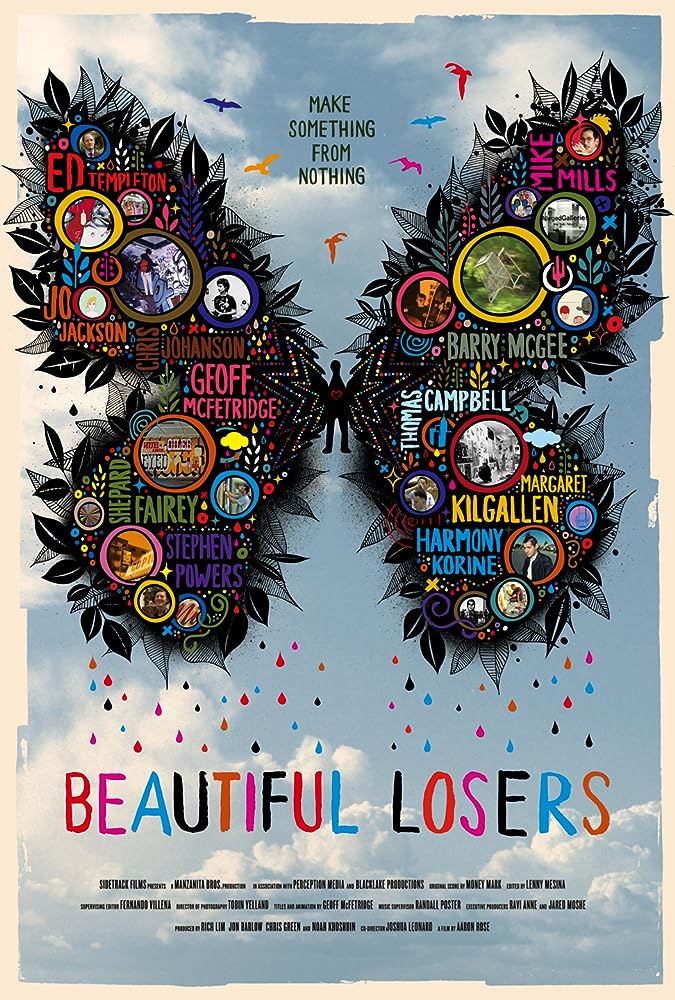