An edgy arthouse psychological/sexual thriller shot in a lyrical way, with wonderful atmospheric visuals and great lead performances. The feature film debut by writer-director Michael Pearce, a Brit TV director, is one of the better adult thrillers this year despite its ambiguous climax. In the beautiful but windswept genteel small community in the Channel Island of Jersey, in the sunny rural south area of England, the sheltered, unhappy and repressed 27-year-old Moll (Jessie Buckley), working as a bus tour guide, is still living with her overprotective parents (dad with dementia and an overbearing church going choir leader mother Hilary-Geraldine James). The delicate Moll falls for the hunky mysterious game poacher loner, Pascal (Johnny Flynn), who saves her from a possible beach rape one night from the guy who picked her up in a club. Pascal’s a suspect in a series of brutal island murders of local young girls, that’s spreading fear on the island. But she is taken in by the attention Pascal pays her and continues to see him despite mom’s disapproval and the possibility that he’s the serial killer butcher. The gist of the film leaves you wondering who is the ‘beast,’ as it moves into a routine police procedural tale but with a heavy tabloid TV presence. This is all good, but the problem is it will give way to a climax that is open-ended, which doesn’t totally work for me, as I’m left not sure who is the killer. 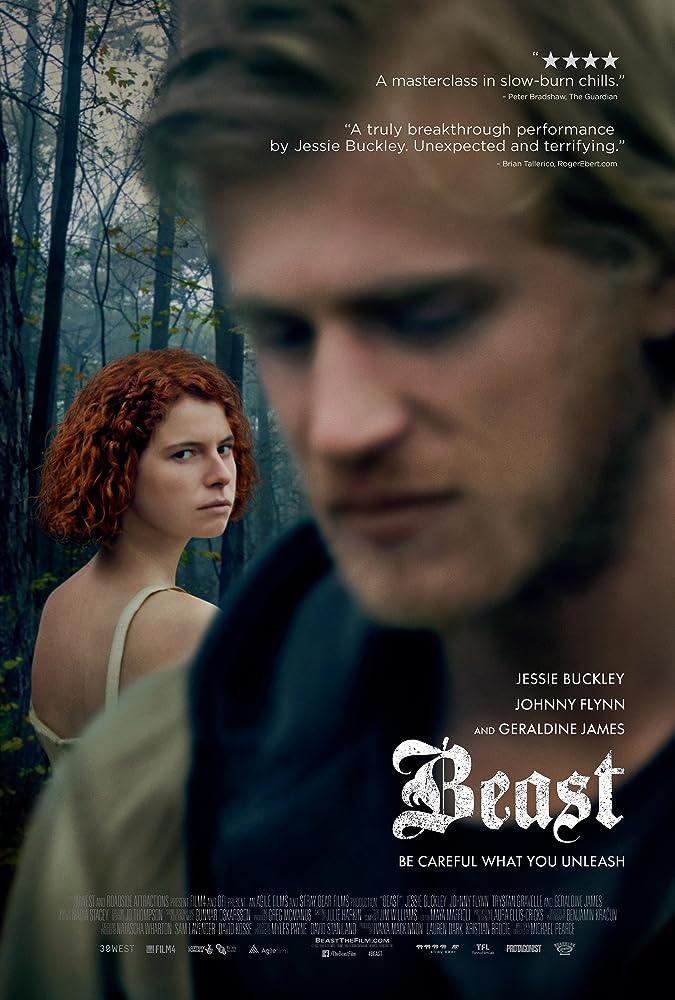