“This sicko black comedy is a near masterpiece in outrageous schlock shock.”

This sicko black comedy is a near masterpiece in outrageous schlock shock. Regrettably it’s the last amoral campy film made under the Andy Warhol “Factory” label, after a history of other enjoyable raunchy features bearing his association such as “Trash,” “Flesh” and “The Chelsea Girls.” The director is listed as Jed Johnson; the screenwriters are George Abagnalo and Pat Hackett. Andy is listed as the executive producer.

A cold fish, greedy, insensitive bleached-blonde middle-aged Queens housewife, Hazel Aiken (Carroll Baker), runs a beauty salon (specializing in electrolysis) in the kitchen of her private house and on the side a profitable assassination for hire ring, whereby she only employs young female killers and deals with clients only by phone. But this one time Hazel makes an exception and hires a 29-year-old drifter man named L.T. (Perry King) to kill the autistic child of Mrs. Joyner, who’s embarrassed to have such a child.

Bossy and churlish Hazel lives with her ineffectual hubby (Gordon Oas-Heim), her elderly physically ill mother (Mary Boylan), and her retarded welfare recipient daughter-in-law Mary Aiken (Susan Tyrrell) and her toddler–she’s the deserted wife of Hazel’s good-for-nothing truck driver son. On occasion Hazel rents out rooms to her contract lady killers. L.T., a sleazy schemer, pill-popper and an idler, rents out a room while waiting for his client to call, and we have enough time to see if he’s as insensitive as the women killers and will be prepared to place a bag over the helpless child’s head to earn $5,000 for himself and another $5,000 for Hazel.

In the meantime, we witness such hilarious sadistic jobs undertaken as the freaky sisters (Geraldine Smith and Maria Smith) hired by an obese, mentally disturbed irate lady (Brigid Polk) to kill a neighbor’s dog because she received a slur from the dog’s master (Lawrence Tierney), they also burn down a movie theater and kill at least 14 as a lark because they’re bored; a woman client (Susan Blond) throws her crying baby out the hi-rise building after deciding at the last second she could save the money she would have to pay the hit lady (Barbara Allen); A couple (Renee Paris and John Starke) whose musician hubby lost his arm when an illegal alien pushed him onto the subway track and got off only with a slap on the wrist by the courts, hire a foreign accented hit lady (Stefania Casini) to get similar revenge on the illegal to make hubby feel better; a corrupt black detective (Charles McGregor) shakes down Hazel for protection money and forces her to give up one of her girls so he can get a collar; and a few welfare scams are discussed.

All the ugly crimes committed by the assassins fit so easily into NYC’s daily crime statistics that they go unnoticed, which is the point the film makes crystal clear–that because the world is a sick place don’t blame us, we are only the messengers. It’s done competently but in such poor taste and is so contemptuously in-your-face, that it really would be useless to criticize it for being so over-the-top and anti-social; I think it’s beyond ordinary criticism–you will either love it or hate it. I found it to be so bad that it was good, a triumph for lowlifes, miscreants, the unromantic and those without a heart but a sick sense of humor. 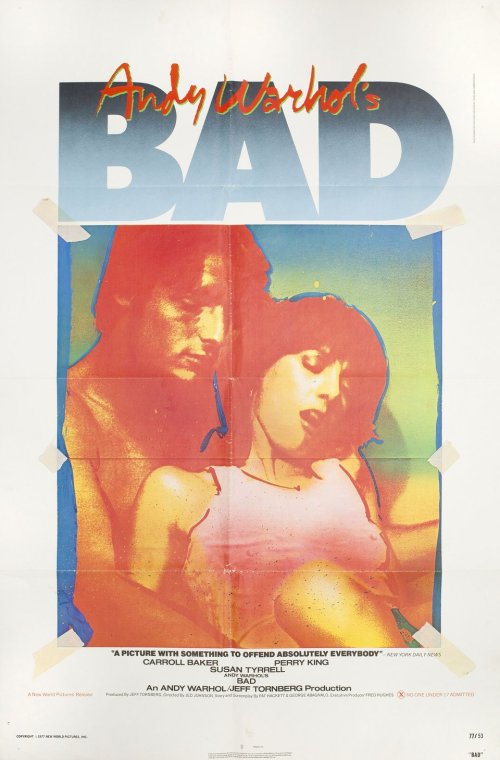