A WOMAN UNDER THE INFLUENCE

John Cassavettes’ disturbing melodrama realistically exposes the volatile everyday domestic situation of an Italian lower-middle-class couple, Nick and Mabel Longhetti (Peter Falk & Gena Rowlands), in suburban Los Angeles. The couple have three children. Both parties are hot-headed. Nick, a construction worker, bonds with his fellow workers and distances himself from the family, and when around them acts bossy. Mabel displays a weak mental balance, showing signs of being severally neurotic and lacking confidence in herself.

We see Mabel get picked up by a bar patron while getting sloshed and bringing him home, and after passing out waking up to return to her household duties with the children. Mabel never stops caring for the children and is especially driven to make sure things look normal, as she strives to get the children to school on time no matter what. When Nick comes home with a bunch of the guys from the workplace, she makes them a spaghetti “breakfast,” and causes an embarrassing scene by forcing one of the uncomfortable men into dancing with her. Her odd behavior continues with her neighbor Mr. Jensen, the father of her children’s friends, whom she weirdly makes play with the children. Her tantrums continue with shouting matches in the house and an antagonistic relationship with her mother-in-law. Mabel becomes so out of it and shrill in her rants, her hubby can’t take it anymore. She suffers from a mental breakdown and is sent to a psychiatric hospital for six months. On her return home, things only get more hopeless as the children react negatively to their father’s dark way of controlling them and crave their loving mom no matter how batty she may be. It’s left questionable if there was anything so wrong with her that she had to be hospitalized, as Cassavettes clearly comes down on the side of the housewife as the victim as the couple awkwardly attempt their reconciliation.

It’s an astonishing character study done in cinema verite style, with an active camera seemingly going everywhere and the viewer looked upon as the invited guest (fly on the wall). Cassavetes’s narrative is filled with explosiveness and unforgettable scenes, a skillful effort in experimental filmmaking. Gena Rowlands is excellent as the alcoholic who implodes in a nervous breakdown (though some of her melodramatics seemed to be overreaching, but at other times she was convincing as a tortured woman) and an excellent Peter Falk, who is perceived as more batty than his wife, with a more raging boiling point, but never suffers the same indignities she does. Falk’s character is driven by anger but he’s not a monster as he also shows a tender side, which he brilliantly gets across even though it’s the Rowlands’ character that is meant to gain our sympathy. Though overlong at 155 minutes, the film always remains intense and popping with energy. 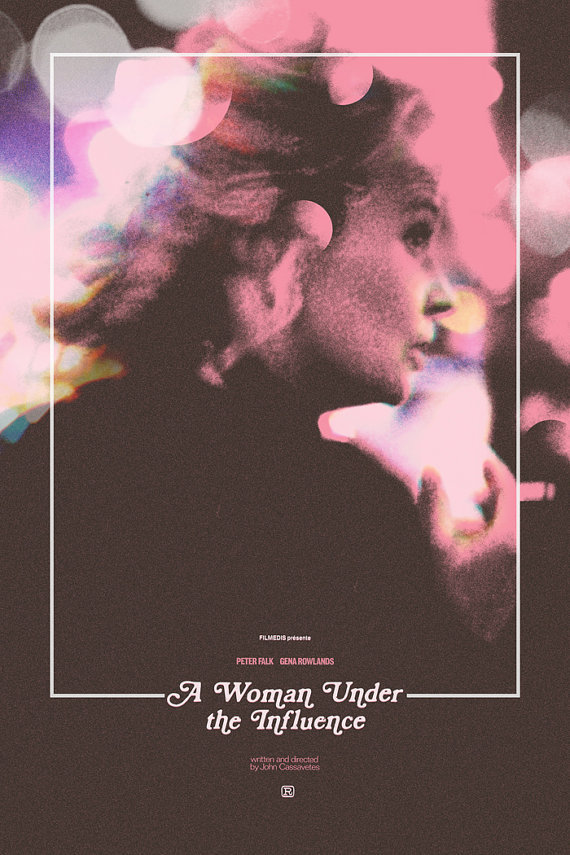