AVENGING CONSCIENCE, THE (aka: THOU SHALT NOT KILL)

This early silent feature D.W. Griffith (“Birth of Nation”/”Intolerance”/”America”) arty psychological drama is based around Edgar Allan Poe’s “The Telltale Heart” and his poem “Annabel Lee.” Griffith was long enamored with Poe, and this film is an ambitious homage to some of his more celebrated works. It features visions of ghouls and nightmarish demons and offers stilted morality lessons about not killing, as the famed filmmaker experiments on the use of many cinematic devices (from dream sequences to reading one’s thoughts visually). Griffith’s many innovations influenced filmmakers around the world, especially the German Expressionists. The Avenging Conscience’s technical feats greatly influenced films like Greed (1924). It’s considered as the first great American horror film, whose value is more important historically than as a film that can hold up to the scrutiny of modern audiences.

A scholarly one-eyed patch wearing bachelor (Spottiswoode Aitken) lovingly raises his orphan nephew (Henry B. Walthall) from infancy and inspires him to be literary, especially passing on his love for Edgar Allan Poe. As a young adult the nephew resents his uncle’s keeping him apart from his sweetheart (Blanche Sweet). The nephew comes up with a convoluted scheme to murder his overbearing uncle and thereby inherit his wealth and to be free to marry his sweetheart.

Shot through the lens of a Victorian moral standard of conduct, the nephew gets some heavy throbs of guilt from his conscience after strangling his uncle and then sealing his body in the wall of the fireplace. Troubled that an Italian (George Siegmann) handyman saw the murder through the window and is blackmailing him and that the police are closing in on him with the detective (Ralph Lewis) grilling him in his uncle’s house , the nephew after a time of repeated nightmares and a visit by Jesus in his dreams goes raving mad and hangs himself only to be cut down in time by the police. His anguished sweetheart fearing his demise leaps off a cliff to her death.

We soon learn that this was a dream. Now awakened, the grateful nephew hugs his uncle, tells him his dream and gets his uncle’s permission to marry his sweetheart. The couple is then attended to by the mythological Pan, a host of friendly forest animals and some cute children, as the rays of light shine through the dark. 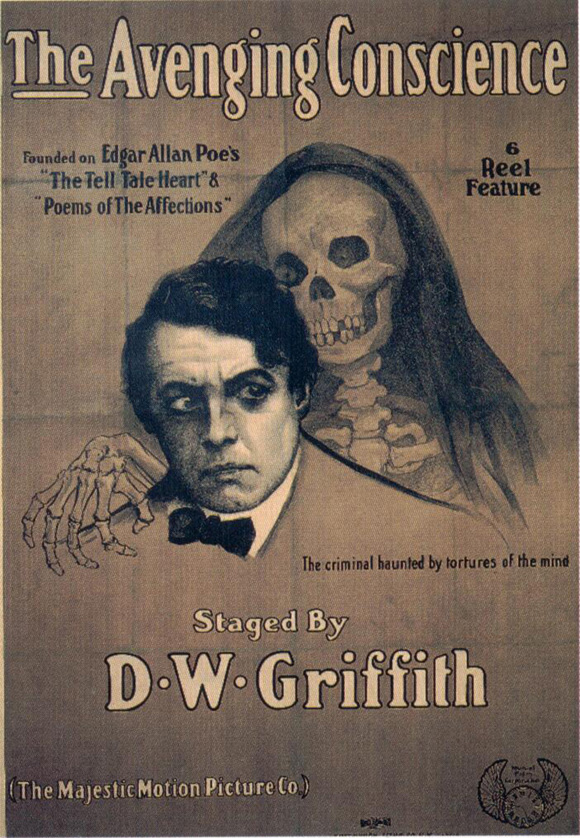