ASCENSION (aka: Death on Saturn’s Moon)

“A mind trip worth tuning into.”

A gem of a sci-fi film by Pennsylvania based director-writer John Krawlzik, who spent 4 years bringing his baby to birth. It moves at the same slow speed as Kubrick’s masterpiece 2001: A Space Odyssey, and covers the same pessimistic account of human’s striving–looking at civilization’s progress with a nod to mankind’s shortcomings. I’m not saying it reaches those same lofty heights in its discoveries but it results in an intelligent film that leaves you in a meditative mood trying to grok all the ideas presented that reflect on man’s need for self-discovery, reaching out to other dimensions, his innate loneliness and need to make a connection with his surroundings. It’s a sci-fi geek’s Christmas present.

Considering its low-budget, it does wonders with its simple but well designed functional set, the always interesting lighting effects and crystal clear camera work. The added bonus is the fine performances by the three no-name leads, who convincingly portray astronauts with an attitude. Its space dreamscape setting gives off an energy one finds in a William Blake poem, and keeps this baby cooking as a mind trip worth tuning into. Its uniqueness (more into ideas than fanciful action plot lines) should not deter those looking for a far out trip to the moon.

Ascension is set in 2057. Grumpy special agent Hayes (Paul Nolan), a top agent disappointed he has this second-rate assignment, is sent to investigate the suspicious suicide of chemist Dr. Barnet at the remote Titan station, the largest moon of Saturn. Stuck in the claustrophobic station as a storm rages and the temperature dips too cold to venture outside, the agent methodically interviews the two survivors Sterner (Curt Karibalis) and Lippert (Sally Mercer) in their quarters. The hostile Sterner, the engineer, seems doubtful if their team leader would have finished his work if he lived. The mysterious research conducted at the station has something to do with atmospheric disturbances and weather patterns, but the leader left no journal or notes. Lippert, a scientist, is easier to interview than Sterner, but adds little to what Sterner said. Hayes is puzzled that the leader’s body hasn’t been found, and is determined to come up with answers surrounding his supposed death. In this dark world, dreams, hallucinations, disturbing memories and deadly secrets are uncovered. The unexpected and puzzling answers to the agent’s questions make this a film that can be better appreciated if seen more than once and has the potential of becoming an underground cult favorite for those who like films that are not compromised to fit a niche market. 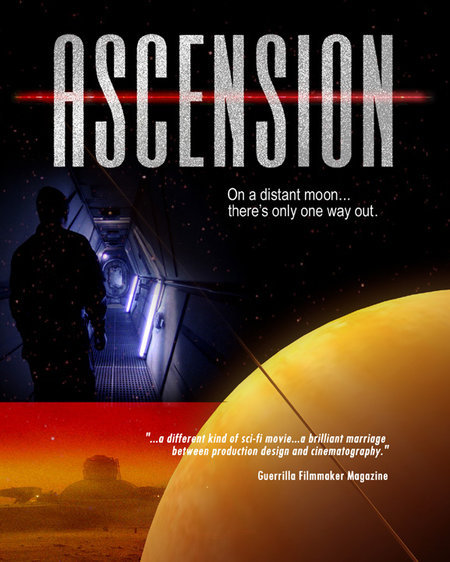