“Well-made but dry documentary on the life of noted Mexican bullfighter Carlos Arruza.“

Anthony Quinn narrates and Budd Boetticher (“The Killer is Loose”/Seven Men From Now”/”The Bullfighter and the Lady”) directs this well-made but dry documentary on the life of noted Mexican bullfighter Carlos Arruza (Mexico’s greatest matador), who tragically died in an auto accident in 1966.

The doc never got me interested in a subject I could care less about, even if it did its best to show the grace and artistry of being a legendary bullfighter. But in the end I still wasn’t that interested in the subject, though if you are a fan of bullfighting this would be a recommended film. For others, it’s just a curio.Debra Paget, the real-life wife of Boetticher, plays the wife of Arruza (their marriage ended soon after filming).

The semi-documentary, which went on filming forever, went over budget and with the untimely death of Arruza had no satisfactory ending. It turned out to be a disaster for Boetticher, who directed no other Hollywood films until his death in 2001. 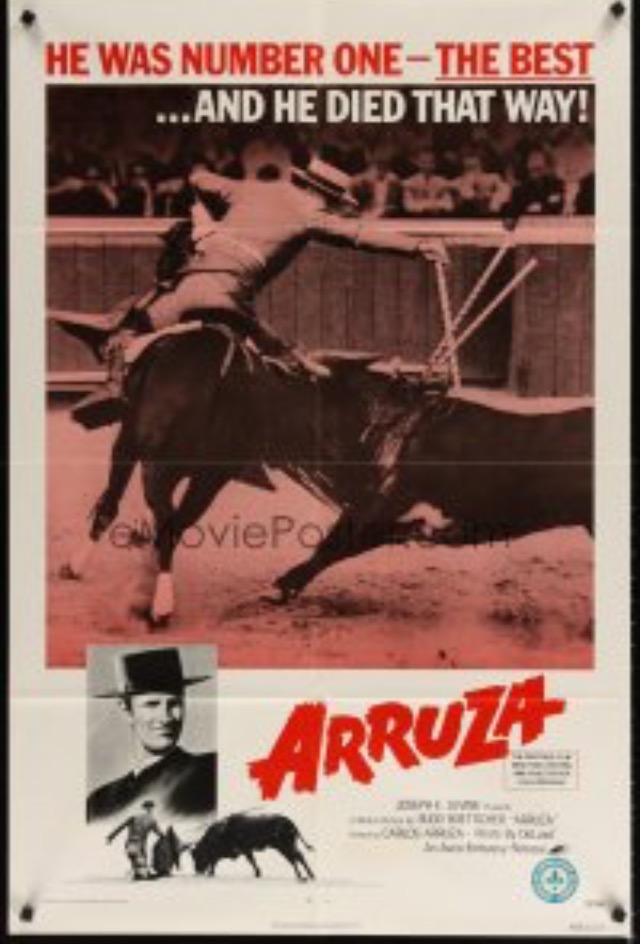