ARMY OF ONE (JOSHUA TREE)

“Worth seeing for fans of low-end, low-budget thrillers, and can stomach a film that has over 40 people killed.”

The directorial debut of Hollywood stunt man Vic Armstrong(“Left Behind”/”Cover Up”/”Double Impact“) in a straight-to-home video film. The action revenge film never had a theatrical release in America. Overseas it was quite popular in theaters. The screenplay by Steven Pressfield centers around the relationship of an escaped convict and his hostage female cop. It eschews plot in favor of action set pieces, such as car chases and explosions.

Former race driver Dolph Lundgrenis a convict who was framed for murdering a cop by corrupt cop George Segal, sporting a bushy mustache and a straw hat–sure signs he’s the bad guy. While Dolph and his partner Ken Foree were in the desert doing illegal transporting of sports cars, they are pulled over by bike cop Beau Starr. In an ensuing gun fight, Segal enters the fray, and Foree is killed and Dolph wounded. Segal then kills the other cop, and transports Dolph to prison for the murder.

After busting out of the slammer, Dolph unknowingly takes a female deputy sheriff (Kristian Alfonso) hostage after stealing a red Ferrari. They go through the desert, heading for LA, with Segal in hot pursuit in a black Lamborghini.Leading the search for the female cop is her partner, Matt Battaglia.

The film’s money shot is a shootout in a downtown LA chop shop, that’s filled with expensive sports cars and lots of paint.

Worth seeing for fans of low-end, low-budget thrillers, and who can stomach a film that has over 40 people killed.

Of note, George Segal’s wife is played by Michelle Phillips of The Mamas and the Papas. 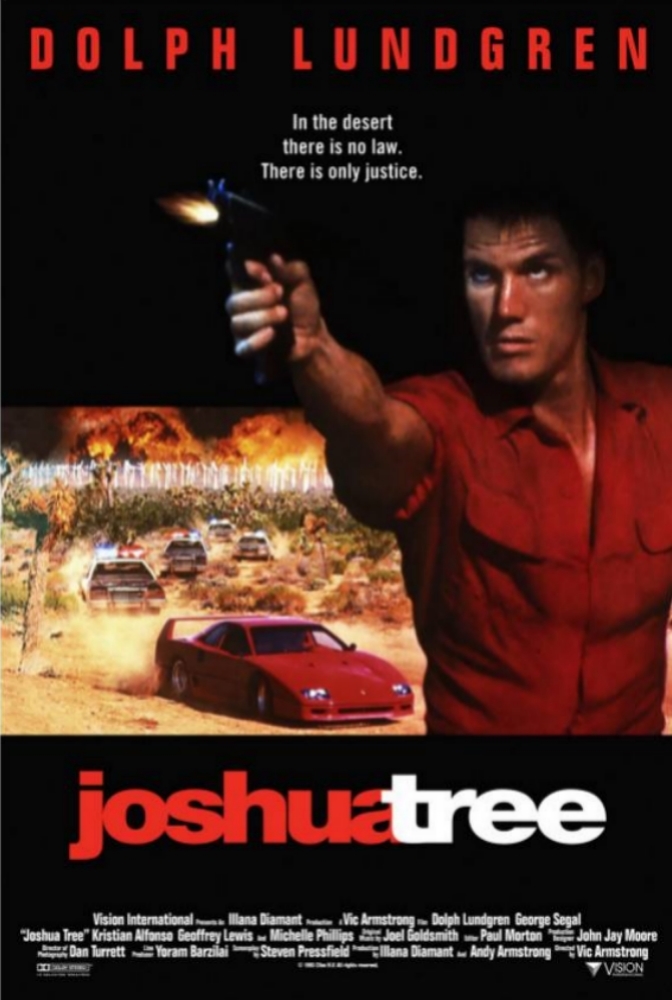 MAN FROM MONTEREY, THE