“Makes me feel as if I was concussed.”

The football expose epic (especially in length) is a behind-the-scenes look at a fictional NFL team called the Miami Sharks (bearing a close relationship to the Miami Dolphins) as they make a late season run at the playoffs. The sports film is a one-note commercial film directed by Oliver Stone (“Natural Born Killers”/”JFK”), that he co-writes with Daniel Pyne and John Logan. Stone compares football to war, violence and a corrupt American political society. He loudly tells us this in a strident manner. He shows us sacks in slo-mo, to the large degree it makes me feel as if I was concussed. Stone lets us see football as a macho game that’s played for the money or for fame or for sex. Real pro stars have cameos (Terrell Owens, Lawrence Taylor, Jim Brown) playing either themselves or fictional characters.

The Miami Sharks are successfully coached by the longtime aging veteran Tony D’Amato (Al Pacino), an old-fashioned coach whose A game might have vanished. Things suddenly change when his 39-year-old quarterback Jack “Cap” Rooney (Dennis Quaid) gets a career-ending injury. Tony’s unsympathetic and mercenary owner (Cameron Diaz) is thinking of firing him, as the team flounders even if still in the mix for the playoffs. The owner listens to the OC (Aaron Eckhart), the heir apparent to the HC job, as he denounces the coach in secret and wants him fired.

Coach’s reserve new hotshot QB, Willie Beaman (Jamie Fox), decides not to follow the game plan because he has a big head, as the team is out of control. Though in the middle of a playoff run things look bleak (not only for the team, but also the film).

I’m a football fan but was not taken with the film. It was too long, the action scenes were not convincing and there were too many dubious subplots. It could have been told in a more measured way and completed more sequences. 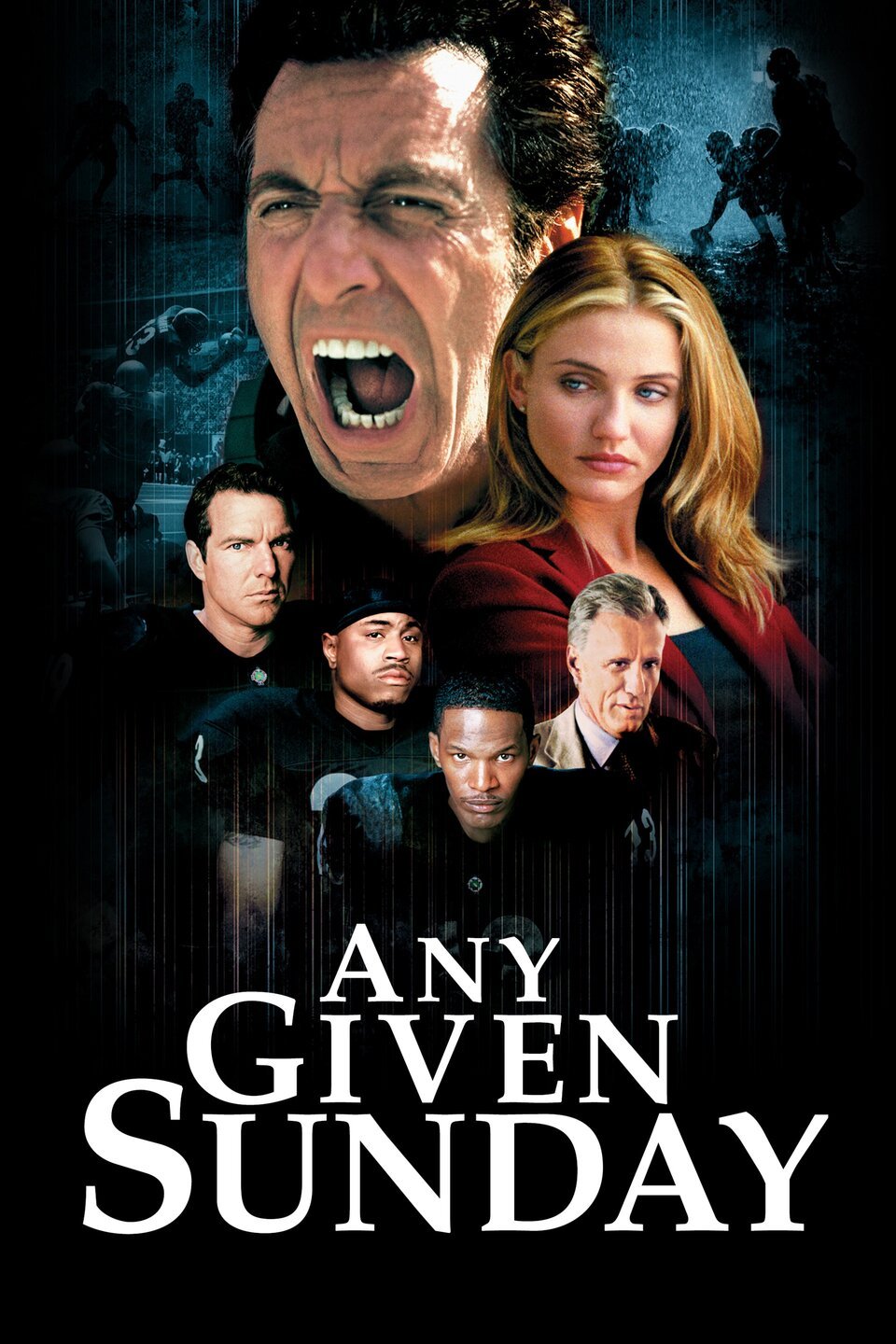