A fascinating documentary by the Baltimore-based writer-director Theo Anthony (“Rat Film”) on how unreliable an object is the image (such as when we see the image through political or racist eyes).

It takes into account the increasing presence of surveillance in policing, and questions its reliability and the ethics of relying on something so questionable without further knowledge that it can be relied on to give us a true picture.

It’s an intelligent film that demands some deep thinking on the viewer’s part to understand how wide it stretches the boundaries of its premise.

Under the narration of Keaver Brenai the film looks closely at these four contemporary fronts: “a neuroscience focus group wearing hard-to-believe tracking devices; the country’s leading manufacturer of body cameras; a classroom where Baltimore police are being trained to use those cameras; and a company that specializes in aerial surveillance.”

In one segment we’re taken on a guided tour of the Arizona-based company, Axon Enterprise, that manufactures most of the police body cams. The company also operates the server that stores body-cam footage, the software that tracks it, and the artificial-intelligence programs that are developed to dig into the server for information.

Anthony refers to the tools of the trade as “weapon, eye, archive, interpretation, automation”—as he suggests the image-making might be tacitly predetermined with its outcomes.

This is heady stuff, but the persuasive film on such an abstract subject  brings to the front lines important things that are hard to ignore in today’s more complicated world and gives us a fair warning about blindly accepting data from our newest tech aids without knowing more about the product. Since these products often deal with controversial subjects in police work or in the workforce or in society, it almost seems criminal not to look seriously at its dangers.

It’s an enticing tech-laden scientific documentary, a film where we rarely get such good research and is so watchable for the lay person. 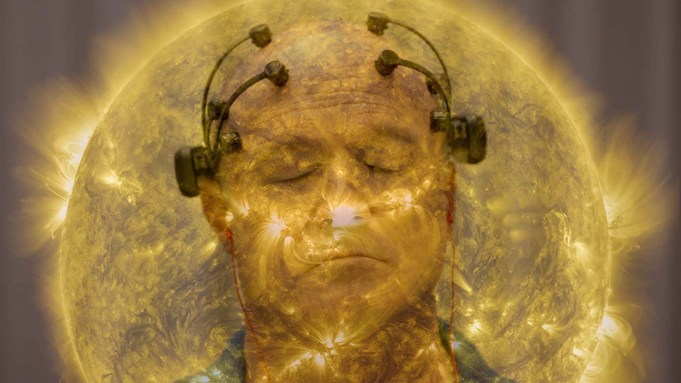