“This is a powerful and well-made film.”

What does loneliness mean to a 43-year-old plain looking widow who is having an affair for the last 5-years with a married man? Katalin Berek as Kata Csentes is in love with such a man, and she is troubled both by the secrecy of the relationship and that she doesn’t have her own child. Kata gets a check-up to see if she is in good health to have a baby but is disappointed that her lover, Joska (Szabó), refuses to make her pregnant, even if she wants to raise the child without him or his support.

Kata lives comfortably in a pleasant house not worried over financial matters due to her secure job in the factory where she is a skilled-worker, a trade she learned from her father who was a joiner. Nearby is an orphanage for delinquent girls. One day a group of these girls come by unannounced. A relationship is struck up with one of the troubled girls a very attractive brunette, Anna Balint (Gyöngyvér), who befriends the independent-minded Kata, asking her if she could use one of the spare rooms in the house to make love to her boyfriend Senyi (Péter Fried). Kata is put off by this request, but continues to be interested in seeing the girl.

The most perceptive thing Anna tells her when she refuses Kata’s offer of adoption, is that abandoned children are all wounded inside and difficult to manage. To show that she meant what she said about orphans, Anna pretends to be crying and when Kata goes over to comfort her she is greeted by Anna’s laughter. When Kata slaps her, Anna indignantly replies that she has been hit enough in her lifetime and doesn’t need another parent now.

The film relates to the bleakness of Hungarian society, its unwillingness to change its ways, and the emptiness of life — and how it is up to young people to change the future for themselves, because the older generation is too set in their ways to change. The sounds heard from the factory or the music in the background, signal the extremes of pleasure and pain felt. The romantic maudlin gypsy music that opens the film, is followed by the oppressive factory sounds — a source of confinement and class differences.

Sympathetic with Anna’s plight Kata meddles in her affairs, going to the Home and speaking with the head about helping Anna get married to this 22-year-old, gentle boy, who wants so much to marry her. The only ones opposing the marriage for the underage girl is her parents, whom she detests. The head of the Home cannot approve of the marriage without her parents’ permission. On her own Kata arranges a meeting with her parents and with the boyfriend, which results in an agreement worked out between them that stipulates that even if they get divorced — it would be up to his parents to provide a home for Anna. The constant barking of a caged dog greets them on entering and leaving this hostile house where Anna was a neglected child which led to her becoming a whore, something the parents don’t want to blame themselves for.

The most telling and troubling scene is at Anna’s wedding where the gay wedding music is not received well by many of the female guests from the Home, whose sad expressions mirror Anna’s change in mood. She rebuffs her husband’s hot kisses and stands off alone in the corner to sulk, as the husband walks away from her in disgust.

In the last scene, Kata is leaving the Home with the baby she just adopted. The film is steeped in the social realism of many Eastern European films, as it can’t overcome the total bleakness of its subject matter. Nevertheless, this is a powerful and well-made film. The performance of Katalin Berek, in a role where she defies social conventions, is handled with a quiet dignity. The entire ensemble cast is well-suited to bring off this drama successfully making one wonder how even when the bureaucrats are seen as benevolent and are sympathetic to a young girl’s plight, it is still difficult to overcome the hardship of life in Hungary. 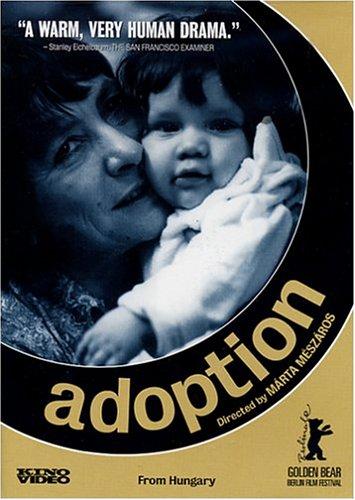 REVIEWED ON 8/1/99 GRADE: A  https://dennisschwartzreviews.com/