“The story, even if true, never seems authentic.”

The seamy, superficial thriller, with a tabloid’s motivation, set in the sticks, is based on the crime book by the former New York Times journalist Joe Sharkey. It tells a true story of an FBI agent killing the naive drug-dealing informer he was romantically involved with in rural Appalachia.

The veteran Aussie director Phillip Noyce (“Salt”/”Patriot Games”) sets a cold tone that’s somewhat off putting, while writer Chris Gerolmo makes sure he shows how the murder also involves institutional corruption and local scandals. But Gerolmo, in his undemanding script, never quite gets around to bringing in the human factors involved, as much as he should have, to give the downer story the warmth it needed.

In 1998, in the downtrodden backwater mining-town of Pikeville, Kentucky, the small-time drug-dealer and welfare scam artist, the 26-year-old Susan (Emilia Clarke), is living in a trailer park with her two children, and though separated from her abusive ex-husband (Johnny Knoxville), is still his crime partner.

The clean-cut and ambitious FBI agent Mark Putnam (Jack Huston, the nephew of actress Angelica Huston), who is new in town, coming here with his wife (Sophie Lowe) and infant daughter from  Connecticut, gets wind of Susan’s illegal activities when she’s busted in a police raid and recruits her as an informer. But his lack of a moral compass takes him down a tragic path, when he pushes his power trip on her and it backfires in tragedy. His case became the first time an F.B.I. agent was convicted of murder.

The hillbilly accents are mostly over-the-top, the needed suspense is lacking and the story, even if true, never seems authentic.

Susan’s best line, from her beyond-the-grave narration, is: “You know what’s the worst thing about being dead? You get too much time to think.”

Thora Birch is good as the hairstylist sister of Susan’s, but her part is not big enough to matter. The same can also be said of Mark’s ideal wife, played perfectly by Sophie Loewe.

It wrapped in 2017 and was released directly to VOD platforms in the U.K. there was a similar VOD unveiling in 2019 Stateside. 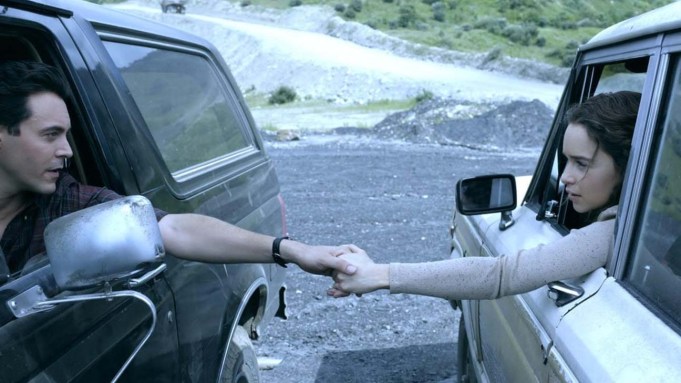