Director John Cromwell (“Of Human Bondage”/”Algiers”/”Dead Reckoning”) brings to film Robert Sherwood’s Pulitzer Prize-winning play about the life and times of America’s 16th president Abe Lincoln (Raymond Massey). The script is adequately handled by Grover Jones. It proves to be a serviceable biopic, though not nearly as good as John Ford’s “Young Mr. Lincoln from a year earlier. It uses episodes in Abe’s life to trace his path from a struggling impoverished backwoodsman youth in 1831 until his presidency in 1860, but gives it too much of a documentary look to keep it dramatic. It begins with Abe’s stepmom (Elisabeth Risdon) encouraging him to read the Bible to gain wisdom and follows a journey by boat to New Orleans with Abe and friends to sell hogs. On the way, in New Salem, Illinois, Abe meets the sweet Ann Rutledge (Mary Howard) and falls in love. When Abe returns from the South he settles in New Salem and works as a clerk for storekeeper Denton Offut just to be near tavern owner Ann. Abe wins the respect of the locals when he bests bully Jack Armstrong in a wrestling match, after he tried wrecking Ann’s place on Election Day. The well-liked Abe becomes a postmaster and then is talked into running for the State Assembly on the Whig Party. Abe wins, but he’s heartbroken when Ann suddenly dies. Not over his depression, Abe only stays in the legislature for one term as he leaves to practice law. There’s a destined meeting with Mary Todd (Ruth Gordon, a stage actress in her first starring film role), an ambitious and high-strung woman who nags Abe to be more ambitious. They marry despite her sister Elizabeth’s objection that she’s marrying a poor man. The country is divided over the issue of slavery, as Abe and the well-known and established Stephen Douglas (Gene Lockhart) hold a series of stirring debates. Abe’s elected to Congress and because of his anti-slavery stance is known across the country as a rising star. When he’s finally elected president, he realizes it will mean that the South will secede.

The Canadian-born, British-trained Massey made the Lincoln role his signature one; it’s a role he played on Broadway before the film and after the film took the play across the country. Unfortunately the public didn’t turn out to see the pic even though the critics loved it; indie producer Max Gordon had a reported $750,000 loss. 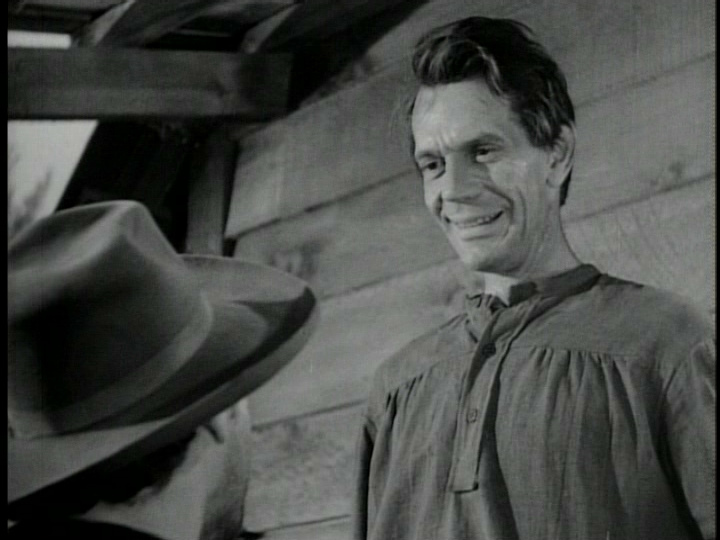