WORLD OF APU, THE (Apur Sansar)

“It’s a classic filmed in an old-fashioned timeless way that never goes out of fashion.”

The World of Apu is the final leg of acclaimed Indian filmmaker Satyajit Ray’s (“Charulata”/”The Goddess”/”The Music Room”) “Apu Trilogy,” which follows his 1955’s Pather Panchali and 1956’s Aparajito. It’s a lyrical, tender and poignant drama set in the 1930s in Calcutta.

Though attending college, the idealistic Apurba Roy, known as Apu (Soumitra Chatterjee), aspires to be a writer but the village boy has to leave his studies because of his lack of funds and can’t cut it in the rat-race of Calcutta. The impoverished 23-year-old from the last two films lives a lonely life in a tiny room when he can’t even attain a teaching position. Thereby he’s forced to get a laborer’s job in a print shop. Attending the country wedding of his cunning best friend Pulu’s (Swapan Mukherjee) cousin, Aparna (Sharmila Tagore, who was only 14 at the time), a crisis occurs when the bridegroom appears to be insane on the wedding day. The Hindu custom has it that the bride will be cursed forever if not married on the set date (a date set because it was astrologically perfect), so the kindly Apu is talked into by Pulu of taking the groom’s place and marries her himself. At first he has doubts about this impulsive decision, but when back in Calcutta finds he married someone perfectly suited for him and the two fall deeply in love and try to overcome their poverty. Pulu helps by getting Apu a clerk job. But tragedy hits when Aparna dies in childbirth and the devastated hubby loses himself in anguish and wanders away from his home refusing to see his son. After being away for five years, Pulu tracks him down working in a coal mine and the now more mature Apu tries to win over his skeptical 5-year-old son, Kajal, as the two return to live together in Calcutta.

It’s an emotionally moving story with a universal appeal, that’s told in a passionate and convincing way by one of the world’s great filmmakers. The rich humanist film is insightful about the human condition and the loss of innocence and the accepting of one’s responsibilities. It’s a classic filmed in an old-fashioned timeless way that never goes out of fashion.

The film won the top prizes at Cannes, Venice and London, and paved the way for a new cinema in India. The stirring sitar music is provided by the unknown Ravi Shankar, who would later become world famous. 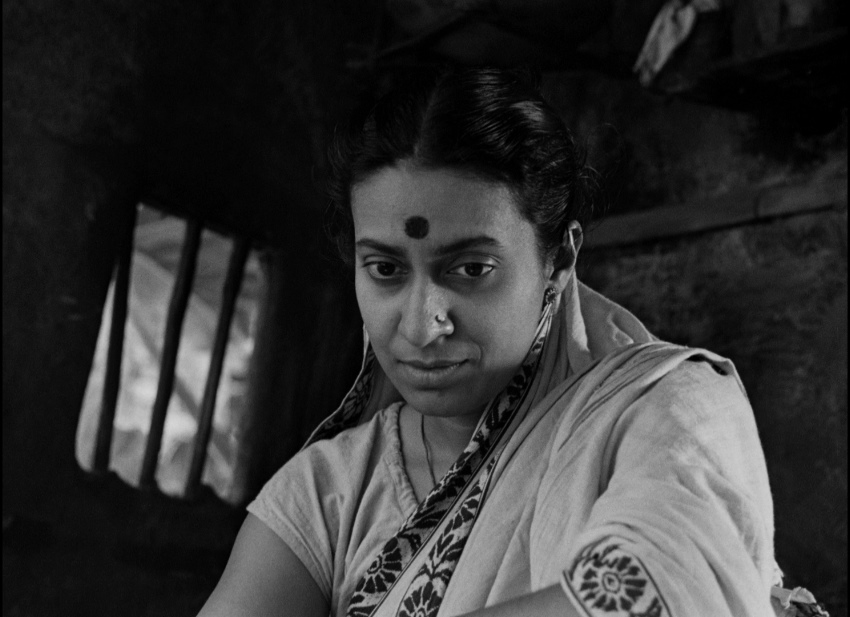