WOMAN ON THE BEACH (HAEBYUNEUI YEOIN)

“Addresses in a serious/comical undertone something dearly personal and subtle the director has to say that’s worth paying attention to.”

This offbeat arthouse playful but poignant messy love relationship droll comedy of manners is the American educated 47-year-old acclaimed Korean filmmaker auteur Hong Sang-soo’s (“Tale of Cinema“/”Woman Is The Future Of Man“/Turning Gate”) pic I enjoyed the most, even though it’s a downer and does not speak that optimistically about finding love it nevertheless addresses in a serious/comical undertone something dearly personal and subtle the director has to say that’s worth paying attention to about the magical emotional moments of wooing another when under forty.

The thirtysomething famous film director Kim Joong-rae (Kim Seung-woo) is pressured to come up with the overdue screenplay for his latest film About Miracles, but is having writer’s block in Seoul. Kim impulsively begs his car owner fawning production designer, Won Chang-wook (Kim Tae-woo), to join him at the west coast Shinduri beach resort, during their off-season, so he can get away from the noisy city and find inspiration at the quiet beach and also get Chang’s opinions on the script. The married Chang agrees to go if he can bring along his attractive worldly composer girlfriend, Kim Moon-sook (Ko Hyun-joung), who studied in Germany and has just released a CD filled with popular music.

A few embarrassing incidents showing a growing rivalry between the men for Moon-sook at the deserted resort, has the nervy divorced film director directly ask the thirtysomething beauty who she prefers and she without blinking chooses him. This leads to a night of sex in an abandoned motel room and a next day boozy conversation over sushi if Moon-sook had sex with the foreigners while in Germany. That she had a few serious relationships pisses the film director off, feeling insecure about penis size and going on a rant about his bias about Korean women doing it with foreigners. The next day the insecure troubled director breaks off his relationship with the beauty and the trio return to the city. Only the director returns alone two days later, leaving Moon-sook a cellphone message where he can be found, and promptly using the power of his fame picks up another girl at the beach who resembles Moon-sook, a calculating cafe manager going through a divorce named Sun-hee (Song Seon-mi), and through mind-game manipulation over a supposed film interview he wants to conduct with her, ends up sleeping with her the next night. But Moon-sook returns and camps out by his motel door and the trio, when it’s finally determined what went down, try to figure things out about this messy ménage à trois, move on with their own lives showing they are survivors who live for another day because they gain strength in caring only about themselves. The director conquered the women sexually and returned to Seoul with his script, showing that was what he most cared about.

The Korean filmmaker Hong’s film reminds us most of French director Eric Rohmer and his way of characterizing the peccadilloes of the middle-class and their traumatic summer romances. In this farce, it’s through the eyes of the self-absorbed artist, Hong’s alter ego, that we get a glimpse at Korean xenophobia, how immature its artists can be about love and art, and that just being honest and forthright is revealed not only as a difficult thing to do in the world of complicated relationships but it’s shown that even that’s not enough to make love work. We’re left to believe that everything happens by chance and sometimes we get stuck and unexpectedly a stranger comes along with no strings attached to help, and that might be our best chance to find love. 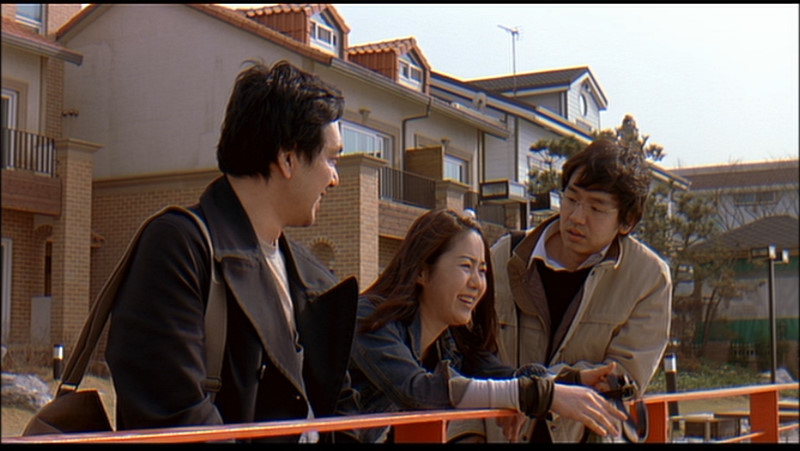