The debut film of filmmakers Melissa Lesh and Trevor Beck Frost, who co-direct and co-write this inspirational true-life documentary that should please animal lovers.

At 18, Harry Turner had enlisted in the British army and served in Afghanistan. He left the service traumatized, suffering from PSTD and was suicidal. He went to the Peruvian Amazon to commit suicide, but while there he met the young American conservationist and scientist Samantha Zwicker whose purpose in the jungle was to rescue threatened wild animals from illegal hunters. They formed together a group to rescue young endangered ocelots that had little chance of surviving without their aid.  Harry goes through a healing process when entrusted to save the life of an orphaned baby ocelot.

This experience gave the ex-soldier a purpose in life and a renewed interest in living.

The filmmakers spent several months in the Amazon Jungle to observe the couple in action, who formed both a personal and professional relationship. Both suffer from deep mental scars–his from the war, hers from an abusive father. The filmmakers keep their intimacies private, but let on they moved away from each other to go in different directions.

The film’s money shot is an arresting and perilous encounter with an aroused Amazon caiman (a South American cousin of a crocodile), who goes all out in a fight for survival.

The photography is great, the romantic story is not so great (too sketchy). Its messages that war harms the fighting men and that we treat our animal friends cruelly, resonates.

Played at the Telluride Festival. 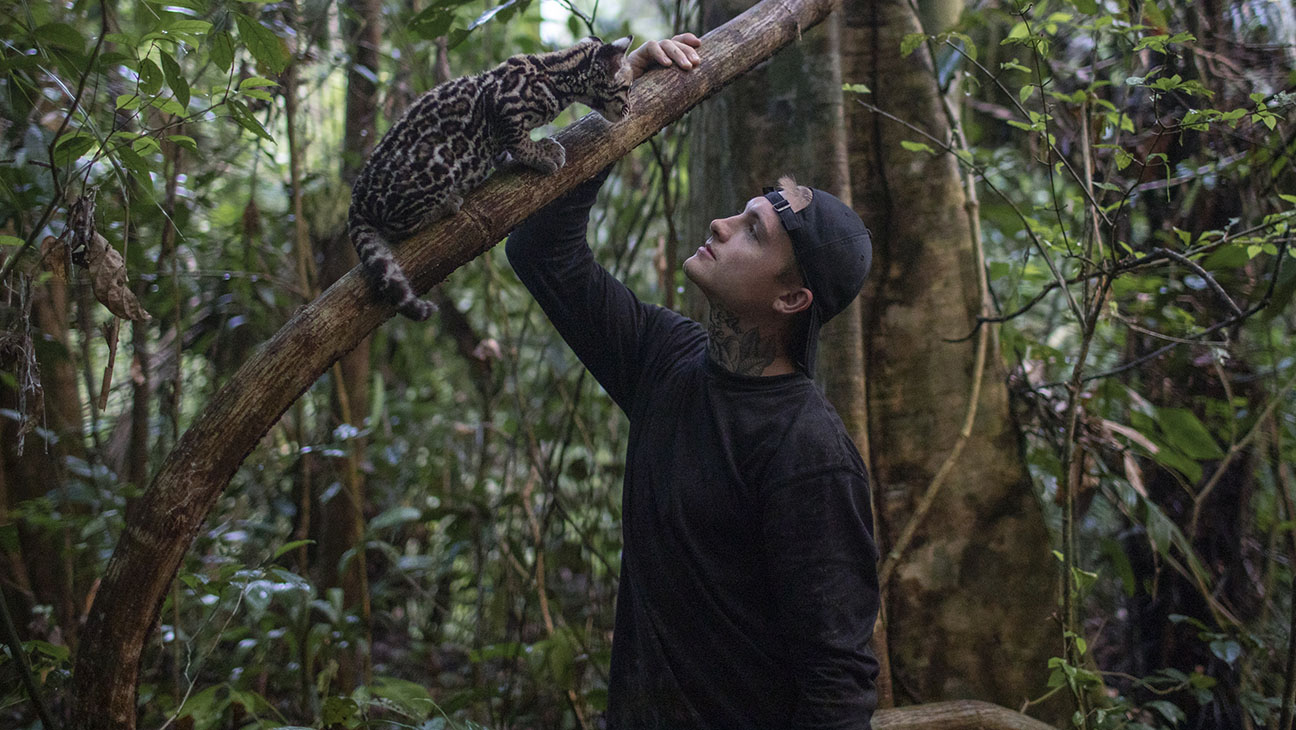