“Attempts to express what is inexpressible and does it better than any previous film of this type.”

The title of this amazing spiritual film itself is a koan — a paradox one meditates on until realizing there’s no worldly answer and to understand the meaning of the riddle is to reach enlightenment. In this unique religious drama, a four-year labor of love undertaken by writer-director Yong-Kyun Bae outside of the mainstream Korean film industry, the aim is to give one a sense of what spiritual fulfillment is about and not present an action story or drama in the usual way films do.

An elderly and ailing zen master, on the verge of physical death, Hyegok (Yi Pan-Yong), lives alone in a mountain hermitage (Mount Chonan, in South Korea) with the permission of the abbot (Su-Myong Ko) in charge of the monastery. He says he is searching for the “roots of the true self” and that he remains on the secluded mountain because “I must be here for the fools looking for me.”

The Master has two disciples, an elementary-aged orphaned boy novice named Haejin (Hae-Jin Huang) and a twentysomething young monk named Kibong (Sin Won-Sop). The young monk wrestled with abandoning his blind mother living in a slum to come here and try to liberate his soul, saying he couldn’t do both at the same time and chose to find peace in this world above all else. The orphaned boy wounded a bird with a stone and in his sorry state for the frailty of the animal tries to nurse him back to health, as we follow him go through a series of spiritual rites of passage under the Master’s kindly guidance.

The sparse film, with hardly any dialogue, follows their ascetic lives in the secluded mountain retreat, where there’s basically no action. Instead they are taught principles that contain pearls of wisdom by the Master, listen to his mysterious sayings such as “To leave is to arrive; to arrive is to leave,” and meditate in their natural surroundings trying to become one with nature. The three live a life of quiet contemplation that shows little difference between life and death, set upon proving that birth and death are the same, as in their withdrawal from the world they trace the cycle of death and rebirth to reach enlightenment and no longer be burdened by the sufferings of the world. Before the Master dies he exclaims “I am insubstantial in the universe, but in the universe there is nothing that is not me.” Kibong follows his Master’s orders in cremating him, which becomes the Master’s last lesson and the strongest one about the similarity between life and death and why death should not be something that’s irrationally feared.

The images of the mountain, streams, forests and rawness of nature in all its abundance are stunningly beautiful and held up as examples of what is perfect in the world. For those who have the will and ability to extract the rich meanings from the depths of the film, which is layered in simple visual analogies, they will be deeply rewarded by a film that attempts to express what is inexpressible and does it better than any previous film of this type.

It might be worth noting that Bodhi-Dharma is the name of the fifth-century monk who introduced Zen Buddhism to east Asia. 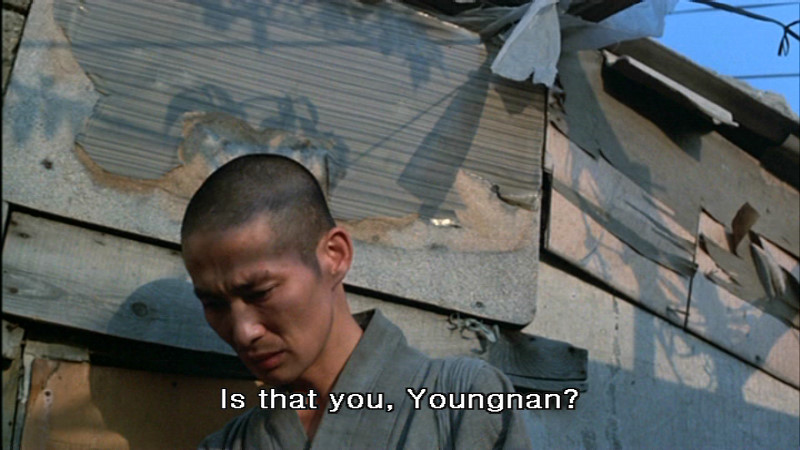