“Everything about this small indie feels smart, just right, and well-acted.”

A slight but moody and poignant “road story” film set in an economically depressed rural America near the border of Oregon/Washington. It’s about an impoverished and sad-eyed young twentysomething, Wendy (Michelle Williams), and her perilous lonesome journey with her faithful golden Labrador Retriever named Lucy in a rundown 1988 Accord from Indiana to Alaska to find summer employment in a well-paying Ketchikan fish cannery, while being derailed with an eventful forced stopover in a small former mill town in Oregon that almost throws her for a complete loss. Kelly Reichardt (“River of Grass”/”Old Joy”) is cowriter, editor and director. It’s cowritten by Old Joy author Jon Raymond, whose story “Train Choir” was adapted for the film.

Things go sour when Wendy’s car breaks down in the Walgreen parking lot in Oregon, which is followed by a foolish shoplifting of dog food in a supermarket. She’s caught by the dutiful zealous teenage stockboy (John Robinson) and the police take her to the station, but in a mean-spirited gesture refuse to let her take Lucy with her. After the long arrest ordeal and $50 fine, she returns to find her dog she left tied to a post missing and goes searching for it in vain.

In a series of other episodes, Wendy’s befriended by the avuncular security guard at Walgreens (Walter Dalton, folk musician ) who lets her use his cell phone to contact the pound and fills the angst-ridden young woman with hope that her dog will be found; the honest straight-shooter auto mechanic (Will Patton) who correctly tells her not to bother fixing the car because it’s a goner; and while sleeping in the local park a creepy vagrant (Larry Fessenden, director and one of the film’s producers) tells Wendy how much he despises people who disrespect him and gives her a terrible fright with his long nighttime rant.

Everything about this small indie feels smart, just right, and well-acted, even if the dialogue was minimal and there’s no big story or big climax–it nevertheless has the good sense to hit the road again before it becomes too much of a bummer. The realistic slice-of-life film (seemingly more arthouse European than American) has its downtrodden but still idealistic drifter heroine searching for a better and more gentle non-corporate America that is getting harder and harder to find, especially as there are no more frontiers on the mainland and the country seems so homogenized. 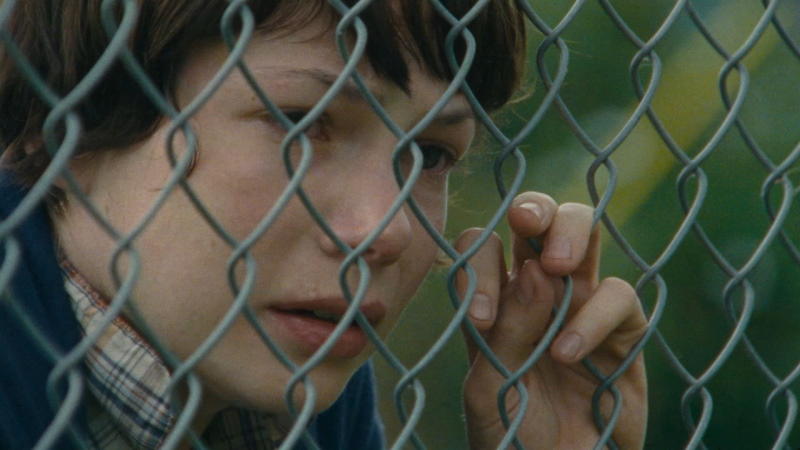