“All the emotional fuss dissipates in a small payoff when a big one was promised.”

Writer-turned-director Paul Schrader (“Light Sleeper”/”Touch”/”Affliction”) takes aim in this political thriller on throwing more dirt over the slime of the Beltway crowd through a bleak post-9/11 look at its unholy insiders, and is semi-successful (surprisingly filmed on England’s Isle of Man and London). What Schrader does that’s stylishly good is set up a moody scenario for decadence, misuse of power and corruption stuck on the sleeves of the powerful D. C. shakers and makers. But everything turns flat in the third act, as what might have been a big deal heading for a bigger deal turns out to be nothing more than some noise made that never resonates as much more than that and all the emotional fuss dissipates in a small payoff when a big one was promised.

The dapper, fastidious, well-spoken Carter Page III (Woody Harrelson) is the disreputable but well-bred black sheep of a blue-blood southern family–his great-grandfather was a slave-owner, his grandfather became wealthy raising tobacco and his father was a lionized Virginian Democrat senator who distinguished himself in the Watergate hearings but is really a fraud who used his position to become enormously wealthy. Carter’s “the walker,” the sly term referring to someone who walks the neglected rich wives of the powerful in Washington from place to place as a safe escort (taking the place of their busy husbands to attend cultural events, social occasions and shopping trips), who in a moment of reckless abandonment finds himself at the center of a messy D.C. murder scandal.

Every Wednesday afternoon Carter is the lone male aesthete who plays canasta with four rich well-connected married ladies, Natalie Van Miter (Lauren Bacall), Lynn Lockner (Kristin Scott Thomas), Chrissie Morgan (Mary Beth Hurt) and Abigail Delorean (Lily Tomlin). They gossip, tell personal tales and share backbiting stories on the Washington movers, and he shows off his ability to amuse them by dropping bon mots and always being graciously uplifting. Carter has a special affection for Lynn, locked into a loveless marriage with the powerful opposition leader, the liberal Senator Lockner (Willem Dafoe), and having a serious longtime affair with the shady lobbyist Robbie Kononsberg (Steven Hartley)–someone her husband’s committee is investigating. While escorting Lynn from her usual rendezvous with Robbie, she informs him that the lobbyist was brutally stabbed to death and she can’t report it to the police because the scandal will ruin her reputation. The gallant Carter covers her ass by calling the police and saying he’s the one who found the body. The investigation into the murder is taking out of the hands of local D. C. detective (Geff Francis) and pushed forward by the nasty right-winger, the twit of a U.S. Attorney named Mungo Tenant (William Hope), fronting for the vicious conservative administration bent on revenge against its enemies. Mungo hates liberals and gays, and goes after Carter with a particular venom. The mean crowd he works for is an obvious reference to Bush and his VP Cheney. To make things even more contrived, Carter’s younger lover is a German-Turkish artist, Emek Yoglu (German actor Moritz Bleibtreu), who is an avant-garde painter inspired by viewing torture photographs from Abu Ghraib.

We are given an idea of how nasty things are going to get for Carter when his lawyer (Michael J Reynolds) tells him “Don’t fuck with the feds, after 9/11, they took the leash off—they do whatever they want.”

Thus, Carter’s neat but unfulfilled life is uprooted and he is no longer the darling mascot of the rich ladies but someone who is about to be martyred before the Romans unless he comes clean and gives up the lady he’s shielding. A conspiracy plot unfolds that has the cops planting evidence and his name leaked by the prosecutor to the press as someone possibly involved in a coverup, which is looked upon as even worse than the crime. But the film is let down by how weakly this political scenario is presented and how easily the admittedly superficial Carter, envisioned as the ant-hero insider/outsider, finds redemption by being loyal to Lynne no matter that she deserted him and is probably only using him. Carter seems out of place in such a busy film, and would probably not squirm as much or speak with such a heavy southern drawl or make such a fuss about wearing a toupee if he were in a Bresson film–where he probably belongs if he weren’t playing the role in such a loud and campy way and just stuck to reading Robert Graves’s Penguin edition of Suetonius’s The Twelve Caesars–a story about power and corruption. But for all its missteps, it ‘walked the walk’ long enough to keep me hoping for something better and at least it had something there it was itching to get off its chest when it preens about as a wannabe American Gigolo. The problem, of course, is it never could spit out what it exactly had in mind. 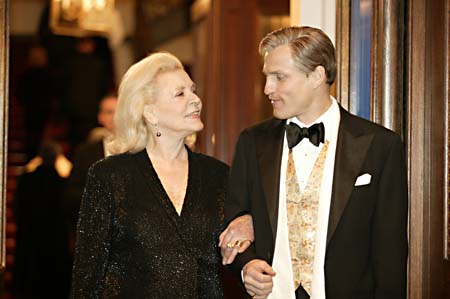 SIREN OF THE TROPICS

NO PLACE ON EARTH