An entertaining programmer, that did a good box office with the Depression-era crowd but does not transfer well to modern times. The routine pre-code romantic drama (thereby getting by with some racy prostitute scenarios it wouldn’t have been able to do in 1934) is directed in a snappy manner by Edward Buzzell (“Go West”/”At The Circus”/”Fast Company”).It’s based on the story by Ethel Hill and is written by Robert Riskin.

Danbury hometown gal Mae (Carole Lombard) is arrested for prostitution in the Gay White Way and is given a suspended sentence by the lenient New York City night court judge, interested in reform over punishment, if she returns home. Getting the boot from the city, Mae instead hops a cab driven by know-it-all about women bachelor cab driver Jimmy Doyle (Pat O’Brien) and decides to visit her past shady contacts in the city. After beating her fare, Mae takes a dislike to fellow old-timer Lil’s (Mayo Methot) crude boyfriend Toots (Jack La Rue) and decides to reform. Mae returns the next day to pay the loudmouth driver back, but embarrasses him in front of the other cabbies since he boasted he got the fare the other day because no one beats him out of a fare. Once Jimmy gets over his embarrassment, it leads to a whirlwind romance. Jimmy gets his gal a cashier’s job in a diner, where another ex-prostitute, Gert Hanlon (Shirley Grey), is a waitress. On a whim, after three weeks, they marry at City Hall and honeymoon on Coney Island, while she keeps secret her dark past. Returning home, there’s a police officer (Willard Robertson) sitting in her apartment waiting to arrest her for not following the judge’s orders. Hubby shows the officer their marriage licence and freaks out over the news about wifey’s virtue. But he decides to give the marriage a chance. Taking the nightshift to make extra money to save up enough to buy into being half-partners with the owner of an ongoing gas station, everything comes up roses as marriage agrees with the Doyles.

Things go sour when Gert shows up and begs Mae give her $200 for an operation, but skips out of her apartment when Mae wants the loan repaid and learns she’s working a scam. Needing the money for hubby’s business transaction, the desperate Mae locates Gert who promises to have the money tomorrow night. When Gert tries to get it back from two-timer Toots, he refuses and accidentally kills her. Mae left her purse at the crime scene and gets blamed for the murder. Meanwhile Jimmy goes on a drinking binge, but his former roommate, Frank (Ward Bond), sobers him up and the cabbie brings Toots to justice with the help of his madam girlfriend, Lil, he was cheating on and the district attorney. 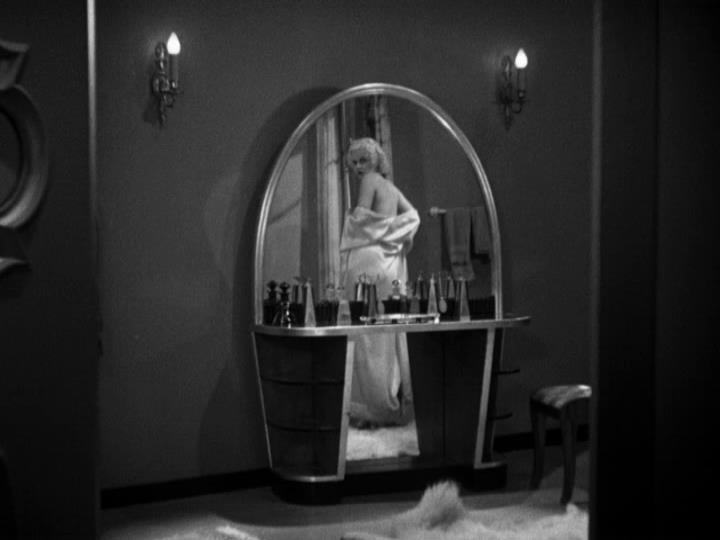